You are here: Home / Tech & Science / Lenovo Says it Will Still be selling 8-in Windows tablets 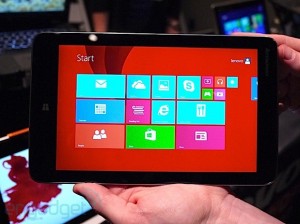 Lenovo made some very confusing statements in the past few days. On Friday the company declared that it will continue to sell sub-10-in Windows tablets for the U.S., although only one day before it said that it will be pulling the ThinkPad 8 from North American markets. They also stopped selling a model of the Miix 2.

“We will continue to bring new Windows devices to market across different screen sizes, including a new 8-inch tablet and 10-inch tablet coming this holiday,”

The statement continued with an explanation, according to which their previous declaration was not correct. They will not be selling the ThinkPad 8 in the U.S., but they are marketing a model of the Miix 8-inch tablet for Windows.

Strangely enough, Computerworld reported the withdrawal of the ThinkPad 8 and the Miix 8-in from the U.S. market. According to sources, Lenovo would be diverting its remaining stocks to Japan, China and Brazil, where Windows powered tablets are more demanded. We don’t know what to believe at the moment, but one thing is certain, if it pulls out its tablets there will be no 8-in Windows one left.

Lenovo is arguably the largest personal computer seller of the world (during the second quarter). They have not said when they will return with a new device, and it might take 2-3 months until this happens.

Another company that intended to withdraw its mini tablets from the market was Microsoft. This company wanted to take back its Surface Mini and Surface tablets. Microsoft was afraid that their tablet is not boasting enough features to compete with the lower-priced competitors on the market.

It is no surprise that manufacturers are getting cold feed. The U.S. market is the most mature one for tablets. Customers are educated, and they know what they are buying. They want to hold on to what they have longer, so they are looking for quality, and most of the times this quality is not represented by 8-in. tablets, especially since most smart-phones nowadays boast 5-in. displays.

Microsoft and Lenovo have had a difficult time on the U.S. market. As a result, Microsoft decided not to launch a Surface Mini, claiming that Windows 8.1. is a suitable OS for smaller screens. Amusingly, Microsoft made an argument that small tablets are useful for running Office, but it doesn’t offer a touch-based edition of it on Windows.

What happened with Lenovo was that clients saw the fragility of the market of Windows tablets and Microsoft’s OS on non-PCs. This is exactly why headlines and stories on blog appeared everywhere, including titles such as “Lenovo Gives up on Small Windows Tablets in the US.”

The company’s statement on Friday entitled “Clarification on Lenovo Statement on Sales of Small Screen Window-Based Tablets” was nothing but damage control.