You are here: Home / Technology / 1.6 Million Cars to be Recalled by BMW for Airbag Repairs 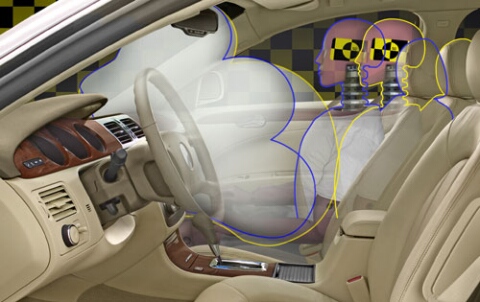 Bayerische Motoren Werke AG (or as we know them better, Bavarian Motor Works-BMW) has recently announced that they will be recalling 1.6 million cars worldwide for some airbag repairs. The automobile, motorcycle and engine manufacturing company has apparently uncovered a defect with the front-passenger air-bag that has forced them to recall millions of automobiles in order to do the needed repairs. Moreover, this defect has also caused manufacturers such as Honda Motor Co. and Toyota Motor Corp. to also repair their vehicles.

The announcement was made Wednesday, the 16th of July, as they announced they would be recalling cars belonging to the 3 Series. Apparently the defective airbags could explode under certain conditions and apart from Honda and Toyota, Nissan and Mazda will also be recalling around 2.9 Million vehicles.

BMW’s initiative is described as voluntary and is meant to replace those airbags that could, as the airbags in certain other vehicles, explode when certain conditions are met. “The replacement campaign is a voluntary precautionary measure that aims at minimizing the risk of faulty airbag activation,” the company said. This problem was signaled by a driver who lost his eyesight and suffered extensive facial lacerations that lead to him requiring 100 stiches when his airbag exploded and propelled a piece of metal into his right eye. He filed a complaint right after the incident and as a result, several automobile manufacturers have been recalling vehicles for repairs.

From the total of 1.6 million cars to be recalled, a third (574,000) will be recalled in the U.S. alone, BMW said. Their goal is to have repairs done on models that were produced between May 1999 and August 2006. The problem stems apparently from the bag inflation device produced by Takata Corp., a Tokyo based company that is one of the three major airbag manufacturers worldwide. This particular device was also installed on models produced by other manufacturers such as Mazda, Nissan, Toyota or Honda.

BMW went on to declare that they are not aware of such incidents related to airbags that are installed in their models thus far          and that, since reparations take a little over an hour per car, they will be making all efforts to replace the airbags for all their 3-Series models (except those that have already been recalled in May 2013).

Such recalls are certainly not met with enthusiasm by car owners and as these potential safety flaws have been increasing in the auto industry during the last period (automakers have recalled more vehicles during the first half of 2014 than they ever have in any other full year before it), more and more of them are wondering exactly which safety regulations these producers have to follow. Moreover, two thirds of these recalls have been attributed to General Motors Co., who is currently under investigation for recalling vehicles with faulty ignition switches years after the problem had been signaled.