The scientists have confirmed the presence a new type of hadron, that doesn’t go with the traditional model of particle physics i.e. the exotic hadrons.

Exotic hadrons are subatomic particles made up of quarks and antiquarks which interact via the “strong force” that binds protons together inside the nuclei of atoms. Interestingly, they have the same mass as their quark counterparts but they are different in charge.

The announcement was made by the scientists who are working on the Large Hadron Collider beauty (LHCb) collaboration at CERN, where the discovery of elusive Higgs boson particle was made in 2012. 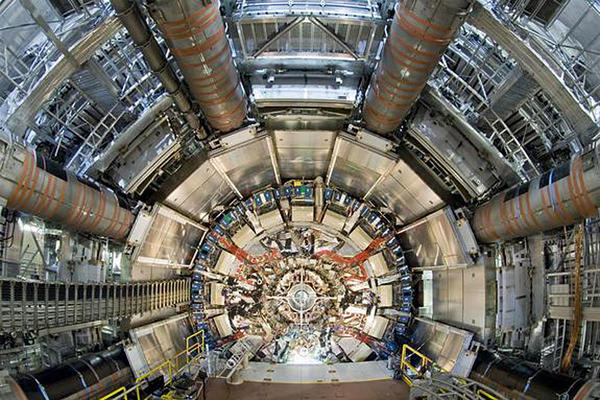 In a statement, study co-leader Tomasz Skwarnicki said, “We’ve confirmed the unambiguous observation of a very exotic state — something that looks like a particle composed of two quarks and two antiquarks,”

Skwarnicki is a high-energy physicist at Syracuse University in New York.

According to Skwarnicki, the discovery may contribute in giving insight to strong-force interaction physics.

Explaining the models of hadrons, the researchers said that the Standard Model of particle physics allows only two types of hadrons namely:

But physicists have predicted the existence of other types of hadrons composed of different combinations of quarks and antiquarks. According to the researchers, the new type of hadron could arise from the decay of mesons.

For the study, the LHCb team analysed the data from more than 25,000 meson decay events selected from 180 trillion proton-proton collisions in the Large Hadron Collider. The data were analyzed by using both the Belle and BaBar teams’ methods. Following the rigorous analysis, the researchers confirmed the existence of the new particle i.e. exotic hadron.