The scientists in Germany and the United States have found an exotic new type of particle that behaves like a quantum droplet or dropleton.

Describing the newly discovered particle as a quasiparticle – an amalgamation of smaller types of particles, the researchers said that it behaves a bit like a liquid droplet. The droplet does not dawdle.

It constitutes of roughly five electrons and five holes. It possesses some characteristics of a liquid, like having ripples. 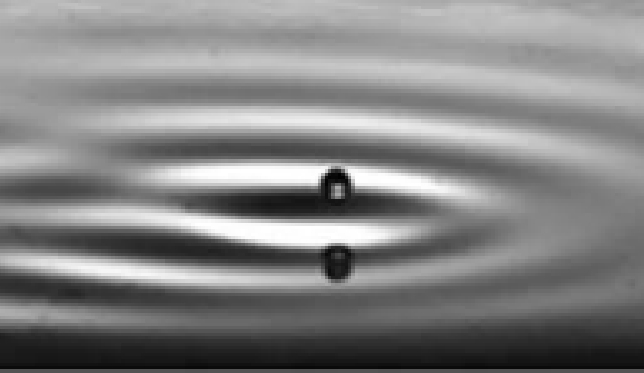 Scientists say, a previously known example of a quasiparticle is the exciton, a pairing of an electron and a “hole” – a place in the material’s energy structure where an electron could be located but is not.

The scientists see practical usage of the discovery. “The effects that give rise to the formation of dropletons also influence the electrons in optoelectronic devices such as laser diodes,” physicist Mackillo Kira of the University of Marburg in Germany, one of the researchers, said by email.

The discovery could play a great role in the development of nanotechnology. Moreover, this could also help in designing of optoelectronic devices like the semiconductor lasers used in Blu-ray disc players.

The research, published in the journal Nature, is like a droplet in the field of Quantum Physics, researchers explain.

Quantum physics is a branch of physics that relates to events taking place on the tiniest scale. It is essential in describing the structure of atoms.