You are here: Home / Science / Milky Way Is Not as Typical a Galaxy as We Thought 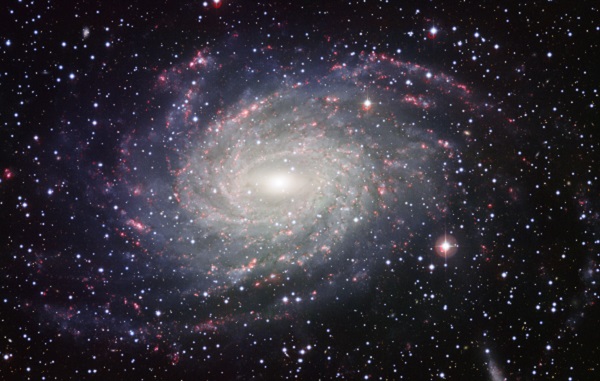 Milky Way is more atypical than scientists used to think

Scientists used to think our galaxy, Milky Way, is quite typical in form, size, and other characteristics. Therefore, they used it as a basic model to help them in the study of other galaxies. However, it seems they won’t be able to do it any longer, as they found out our galaxy is not as typical as we thought.

Milky Way is not the best galaxy model

Researchers used to create elaborate studies of other galaxies based exclusively on models inspired by Milky Way. They even delved deep into the field of dark matter, and the birth of stars and galaxies, and everything they used was based on the information offered by our own galaxy.

Is this the best solution, after all? It seems it’s not, as Milky Way is not so typical, and using it for the study of different formations might lead to false conclusions regarding them. One of the reasons behind this phenomenon is the existence of many other smaller galaxies inside Milky Way.

Galaxy satellites are to blame

Our galaxy hosts many other galaxy satellites which orbit around it. As expected, their existence cannot be overlooked, so studying them would offer researchers a better perspective on the larger galaxy. This is why the US National Science Foundation started a survey to analyze these satellites.

The survey, called Satellites Around Galactic Analogs, revealed most of these smaller galaxies are a bit atypical. This means than, when comparing them with other similar systems, they appeared calmer than it would have been expected. The sibling systems are constantly giving birth to new stars, while Milky Way’s satellites are more static.

Therefore, assuming all galaxies in the universe are as “lazy” as Milky Way would lead to great errors. There is evidence that many of them are more active, and a different model of study would lose sight of many new cosmic bodies.
Image Source: Wikimedia Commons