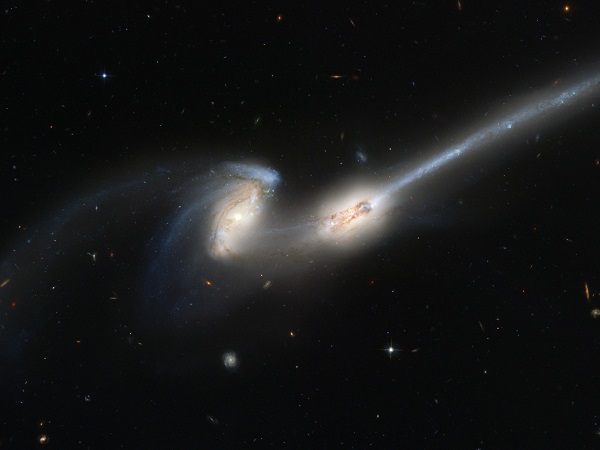 A new Penn State study suggests that some of the largest black holes in the universe are rapidly outgrowing the galaxies that host them. Supermassive black holes are those that are millions of times more massive than our sun.

Past studies showed that these monster black holes grow at the same pace as the galaxies they call their home. However, new data from the NASA’s Chandra X-ray Observatory along with other scientific instruments shows that big black holes outgrow their galactic homes.

A research paper detailing the findings will be published in April in the Monthly Notices of the Royal Astronomical Society.

Penn State researchers believe that there is a “cosmic competition” between galaxies and black holes which started eons ago.

Lead author Guang Yang and his team sifted through data from the Hubble Space Telescope, Chandra X-ray Observatory, and other telescopes. Scientists said they traced the history of the black holes back to the earliest times of the universe.

Past research suggested that the ratio between the growth rates of a massive black hole and its galaxy respectively remains unchanged. The new study shows that that ratio changes as the black hole can develop more rapidly.

In big galaxies, the black holes win the race against their hosts,

Researchers couldn’t explain the phenomenon. They can only speculate that supermassive black holes are far more skilled at feeding themselves than smaller black holes are because their galaxies supply them with larger amounts of cold gas than a smaller galaxy would.
Image Source: Pxhere