You are here: Home / Science / Scientists:As Earth is Slowing Down, More Earthquakes are Looming 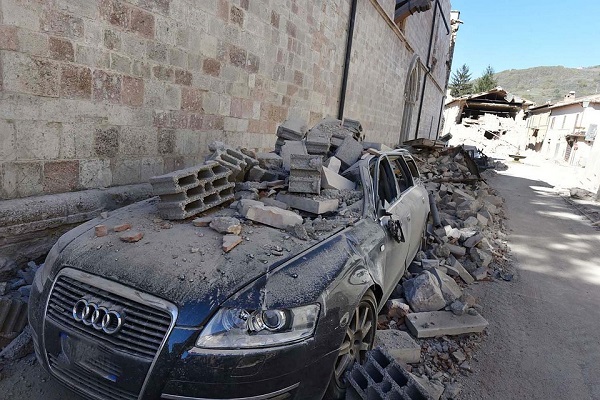 A group of scientists warns that a slowing-down of the planet’s rotation could lead to a surge in devastating earthquakes in 2018. Researchers predict that the tropical regions which are also heavily populated could be the worst hit.

Even though the changes in rotation and length of the day are relatively tiny – around a millisecond- the implications on a tectonic level could be huge. In October, a research paper revealed that there is an association between the frequency of earthquakes and Earth’s rotation.

Co-author Roger Bilham recently said the “strong correlation” between the two phenomena could lead to a jump in the number of “intense earthquakes” in 2018. The researcher underlined that seismic activity has been recorded since 1900.

By looking at the earthquakes of at least magnitude 7, the research team found that disastrous earthquakes occurred during five periods. Each period witnessed up to 30 major earthquakes per year. Normally, just 15 intense earthquakes happen in a year.

The team looked for common factors during those five periods that may have led to an increase in seismic activity. They found that during those periods, Earth’s rotation slowed down by a millisecond a day. Atomic clocks can keep track of these changes very accurately.

It is straightforward. The Earth is offering us a five-year heads-up on future earthquakes,

More than four years ago, Earth started to slow down again. Bilham thinks that we had it easy in 2017 with just 6 major earthquakes. He predicts 20 intense quakes per year starting next year.

Researchers couldn’t provide an explanation for the planet’s regular slowdowns but changes in Earth’s core may be the culprit.

The research team couldn’t pinpoint the exact location of the major earthquakes either, but they believe the equator would be badly hit. Around 1 billion people are expected to be affected.
Image Source: Pixabay