You are here: Home / Tech & Science / Scientists Inserted And They Played A GIF In A Living Organism 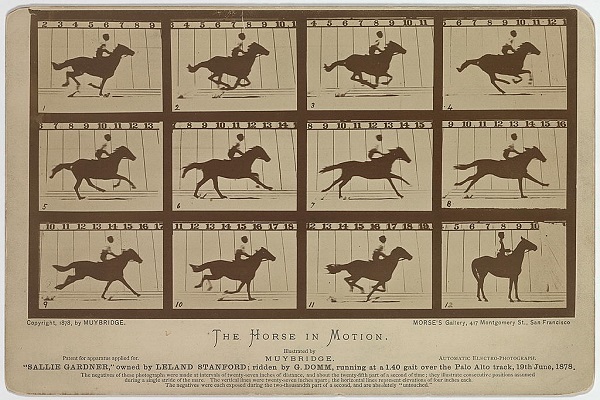 Scientists have managed to insert, for the first time, a GIF into the DNA of a living organism.

Since the CRISPR gene editing technique was developed several years ago, scientists have continually found new and fascinating ways to apply this technology. The potential for genetic engineering and medicine seem more limitless every day. Well now, scientists inserted the code for a GIF, a type of digital video, into the DNA of a living organism for the first time, and when they retrieved it, the fidelity of the recording was amazing.

The video scientists chose to use is one of the earliest ever recorded, an 1878 film from London of a racehorse galloping at full speed named The Horse in Motion. Eadweard Muybridge, the original photographer of the video image, was trying to answer an age old question as to whether all four of a horses legs ever left the ground at once (they do).

The GIF video was encoded into DNA using the CRISPR-Cas system which was then inserted into bacteria. A DNA block of five frames of video and the image of a hand were turned into a nucleotide series.

They were then placed in a CRISPR virus, and then the bacteria broke it up as part of its immune response. It then incorporates certain pieces into its own DNA, allowing it to better recognize the virus in the future. This process, however, allows scientists to determine which pieces the bacteria choose to incorporate.

“We delivered the material that encoded the horse images one frame at a time,” Harvard neuroscientist Seth Shipman said. “Then, when we sequenced the bacteria, we looked at where the frames were in the genome. That told us the order in which the frames should then appear.”

The team then allowed the bacteria colony to replicate for a week, through several generations. They then sequenced and played the video. After restoring it, the team noted that the resulting data was 90 percent accurate.

Study results can be accessed in a paper in the journal Nature.