You are here: Home / Tech & Science / The Curiosity Rover Can Now Pick Its Targets Thanks To AEGIS 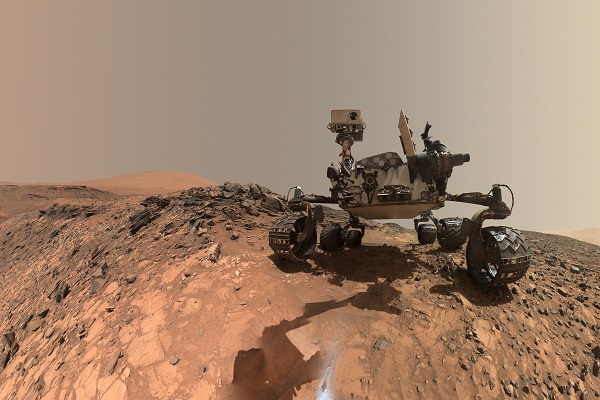 AEGIS should help the Mars Curiosity rover be more efficient in finding targets.

According to a recently released study, NASA’s Mars Curiosity Rover should now be smart enough to choose exploration targets on its own thanks to the installation of the AEGIS.

This is the Autonomous Exploration for Gathering Increased Science technology, which was beamed to the rover back in October 2015. The software update is based on artificial intelligence and should help the spacecraft make better choices.

NASA scientists working on this project point out that this was the first utilization of artificial intelligence on a remote probe. Study results also proved that similar such technologies could be used in other, future missions as well.

AEGIS Could Be A Valuable Asset in Future Missions

AEGIS helps the Curiosity Rover as it allows it to be “trained”. Through this, researchers can teach it how to identify and look for rocks with particular characteristics. This would be a very useful feature in both current as well as future mission.

Human, Earth-bound controllers cannot be in direct contact with their spacecraft all the time. So instead of spending idle time waiting for instructions, the rover could act on its own, according to its pre-set training.

Curiosity should no longer have to wait for an instruction such as “go there and sample that piece of rock”. Instead, AEGIS can look for targets even when a human controller is not there to direct it.

“We can’t be in constant contact with the rover — Mars rotates and when [Curiosity is] on the far side we can’t get in touch with it,” stated Raymond Francis.

He is the lead system engineer in charge for the deployment of the AEGIS. Study results show that, following its launch, the system was used some 54 times in between May 13, 2016, to April 7, 2017.

Before AEGIS, Curiosity had the chance of hitting a target of scientific interest around 24 percent of the time. Following the system’s installation, this percentage rose to reach 93 percent.

AEGIS’s abilities do have some limitations, as it sometimes perceives a rock’s shadow as its outline. Nonetheless, the study team considers that it is a valuable and useful tool.

The study paper with the results is available in the journal Science Robotics.