You are here: Home / National News / Lincoln Memorial Reflecting Pool To Be Drained For Clean Up 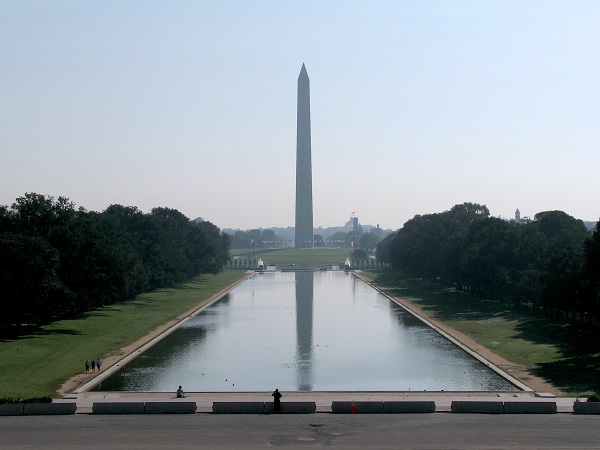 The Lincoln Memorial Reflecting Pool is about to be drained and cleaned up to get rid of parasites.

The Lincoln Memorial Reflecting Pool is all set to go through a major clean-up that will involve its being drained, cleaned, and then refilled. This process will be carried out by teams from the National Park Service (NPS). Authorities decided on this more serious clean up after a water-borne led to the death of about 80 ducklings.

The NPS reported that, since May 20 or May 21, some 80 ducks have been found floating dead in the reflecting pool. This high number of casualties determined the National Wildlife Health Center of the U.S. Geological Survey to conduct a series of necropsies.

According to their report, the ducklings died because of the “high levels of parasites that develop and grow in snails that live in the pool.”

The water-borne parasites get released by infected snails into both salt and fresh waters, according to the CDC. While they prefer birds or mammals, these can also affect people swimming or waddling in such waters. This can lead to the “swimmer’s itch” or cercarial dermatitis, which manifest through a skin rash. Risks of contracting the parasite from the Lincoln Center Reflecting Pool are reportedly “extremely low”.

Lincoln Memorial Reflecting Pool to Get A Very Thorough Clean-Up

The NPS considered that a chemical treatment alone was not enough to get rid of the high levels of snails and parasites. So authorities decided to drain and clean the pool, to ensure its complete disinfection. The draining process began on Sunday, June 11, and should take about two days. Crews should start working on cleaning the pool starting on Tuesday, June 13.

If all goes according to schedule, the Reflecting Pool should start being refilled on Friday, June 16. The complete draining, cleaning, and refill process should be over by next Sunday. Authorities are hoping to have the Lincoln Memorial pool cleaned, filled, and functional by next Monday, June 19.