You are here: Home / Tech & Science / ELT, The World’s Largest Telescope, Now Under Construction In Chile 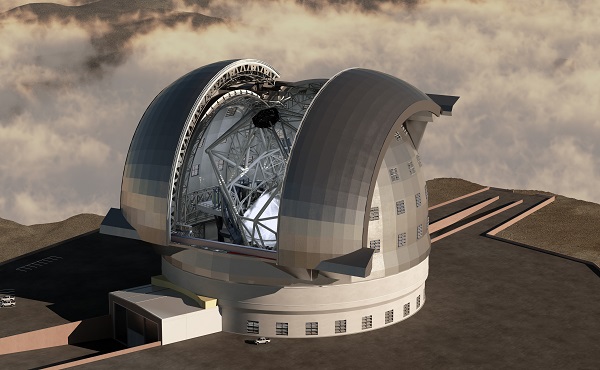 ELT or the Extremely Large Telescope is now officially under construction in Chile.

The ELT or the Extremely Large Telescope is now under construction as work on what is to be the world’s largest telescope began on May 26 in Chile. ESO or the European Southern Observatory is expecting it to be ready and fully functional in 2024.

ELT is set to be the biggest optical and infrared in the world. It is being built in Chile, on top of the 3,046-metre Cerro Armazones mountain peak and its the largest telescope under construction at this moment.

Its developers also expressed their confidence in its abilities to help humankind discover new things about the Universe. Possibly, this telescope could help identify signs of life on other space bodies as well.

The Extremely Large Telescope will be housed by a rotating dome measuring 85 meters. This will weigh around 5,000 in total, after including its structure and the equipment. The moving mass inside the dome will weigh up to 3,000 tons, including the telescope’s tube structure and also its mounting.

ELT will have a main mirror of almost 128 feet or 39 meters. In comparison, the largest existing such construction measures around 10 meters. The ELT’s primary mirror will actually be a composite structure, made up of 798 smaller mirrors. About 5 centimeters thick and 1.4 meters wide, these will be hexagonal.

This new telescope will also come with four major instruments, the MICADO, METIS, MAORY, and HARMONI. Each should help the ELT better carry out its mission as “the biggest eye ‘ever’” cast towards the sky.

According to an ESO statement, this new telescope could potentially revolutionize the way we look and perceive the Universe. It could do so as it will be able to tackle a wide range of domains and scientific challenges.

For example, the ELT will be able to probe Earth-like exoplanets and try and detect if they present signs of life. Also, it should be able to study and offer information on dark matter and energy. It should also be capable of observing and bringing new data about the early stages of the Universe.

“The ELT will produce discoveries that we simply cannot imagine today, and it will surely inspire numerous people around the world to think about science, technology and our place in the universe,” said Tim de Zeeuw, the ESO director general.