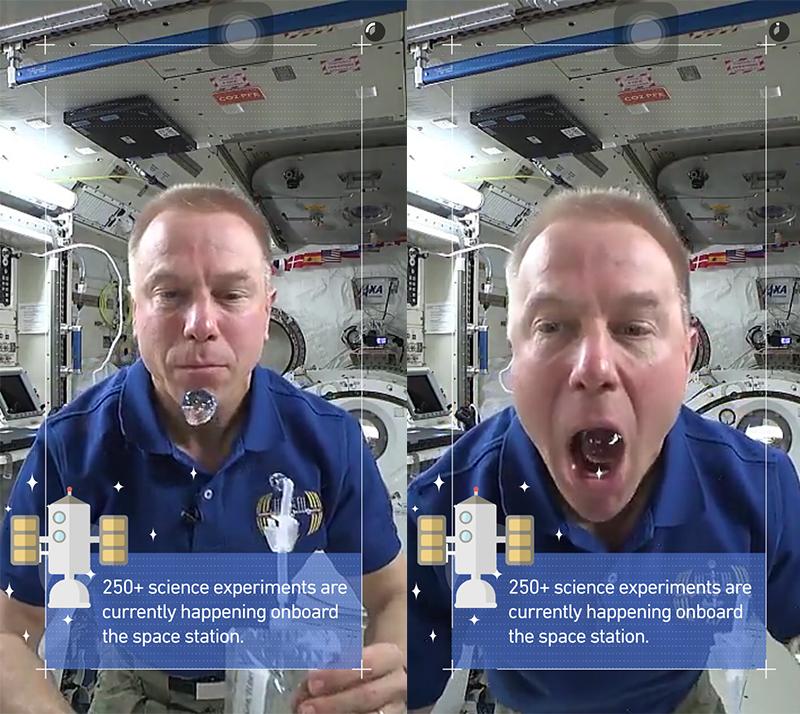 It’s celebration time on the International Space Station today marking the 100,000th orbit around the Earth since it was first launched on November 20th, 1998.

And what better way to toast for the impressive milestone than having NASA partner up with Snapchat and deliver us – the earthlings – a space-themed Live Story? If you’re a fan of the ephemeral-message platform, look for the Day in Space Live.

Still up on Snapchat is a feed featuring NASA astronaut Tim Kopra, Commander of Expedition 47, showing us a fascinating glimpse of what it’s like to live and work on the International Space Station (ISS).

Astronaut Kopra was quoted saying that “One thing that never gets old here is looking down on our beautiful planet,” and while we understand why that is one of the best views there are, most of us will never experience it.

ISS, a Low Earth Orbit laboratory traveling at an impressive speed of 17,500 miles per hour, is the ultimate place you’d want to show off on Snapchat. Via the video feature, Kopra showed off they view he has of the Earth from the ISS.

Because the ISS does a full orbit around our planet every 90 minutes, the crews stationed there gets to see witness 16 sunrises and sunsets every day. What a delight that must be!

For the Live Story feature, Kopra shot a few videos that show how living in a weightless environment feels like. He flies from one module to another, plays with globules of water, eats a tortilla and casually does a mid-air flip.

Scientific experiments are at home on the ISS, which is also an international science laboratory; for the past 18 years, the station has been used as a testing location for over 250 microgravity experiments.

At the same time, crew members who live and work on the ISS for extended periods of time are ideal subjects for researchers to study the long-term effects of microgravity on the human body.

Being an astronaut might seem like a glamorous job, but being in space takes its toll over time; it comes with side effects like muscle degradation and bone density loss, among other health issues.

At the end of the Snapchat Story, Kopra talks about “currently packing it up, getting it ready to go home” – in reference to the Russian Soyuz vehicle. In less than a month, Kopra will be taking the trip back to Earth.
Image Source: Pedestrian TV