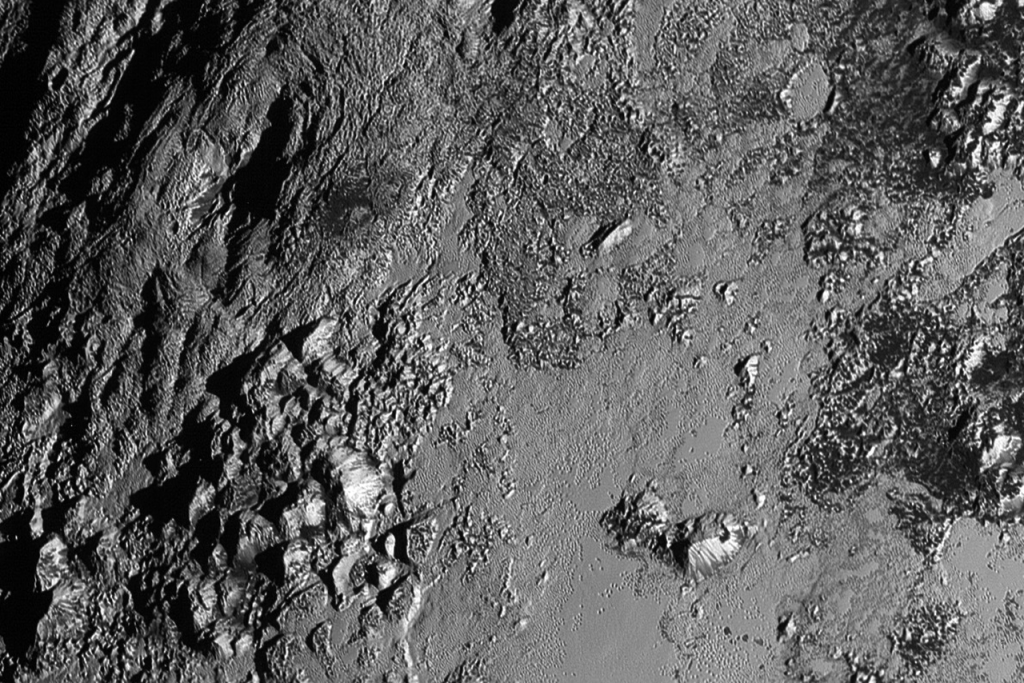 Ever since last summer’s close flyby of the New Horizons spacecraft, the team on Earth has been receiving and downloading stunning new images of the popular dwarf planet.

These amazing photographs might be the most detailed we will see in our lifetime as New Horizons is less likely to orbit Pluto again before its mission ends.

As a matter of fact, the spacecraft has been traveling in space for so long that when it was launched, Pluto was still considered to be the ninth planet of our galaxy. NASA said has no plans to have another spacecraft snapping shots of Pluto and its five moons.

And if new observatories won’t be sent to observe this frozen body, it is unlikely we will get to see better images of the surface of Pluto for some years – or even decades, according to some researchers.

So take a good look of what New Horizons has sent back. This new composite image was captured as a strip, revealing Pluto’s fascinating hemisphere facing New Horizons during their epic encounter.

The raw images were snapped just 23 minutes prior to the spacecraft’s historic rendezvous with Pluto. The terrain visible on the strip is of great variety, revealing what we never knew about the body’s surface; it actually features quite a diverse nature.

For the final mosaic, scientists developed all of the most detailed images captured by New Horizons, and the result is magnificent. If you’re passionate about the universe, you can also view the details in the form of a movie that was created by mission researchers.

“Starting with hummocky, cratered uplands at top, the view crosses over parallel ridges of the ‘washboard’ terrain; chaotic and angular mountain ranges; the craterless, cellular plains; coarsely ‘pitted’ areas of sublimating nitrogen ice; zones of thin nitrogen ice draped over the topography below; and rugged, dark, mountainous highlands scarred by deep pits,” is what the Jet Propulsion Laboratory (JPL) reported.

These details were recorded with the Long Range Reconnaissance Imager (LORRI) instrument that is on board New Horizons; the scale of the mosaic is about 260 feet per pixel.

Stretching some 55 miles across at the top and 45 miles at the bottom of the photograph, the mosaic also features where day turned to night when New Horizons flew by.
Image Source: The Verge