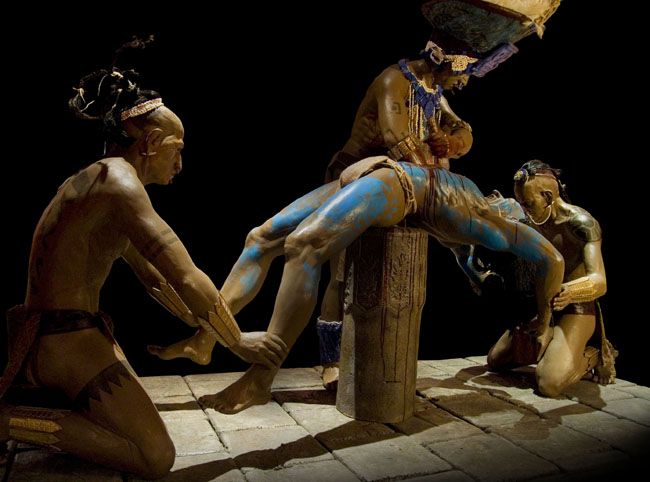 Most people would agree that sacrificing people is a bad idea all around. However, plenty of ancient civilizations (and some of the more modern ones) made it a point to perform religious rituals that involved human sacrifice.

So why did so many societies perpetuate the human sacrifice system, despite its obvious moral setbacks? The journal Nature just published a statistical analysis that reveals how a gruesome practice ended up benefitting elites in cultures based on social stratification.

A group of researchers studied 93 Austronesian cultures in the Pacific Islands, tapping into the information of the Pulotu Database of Pacific Religions to find out which groups engaged in human sacrifice and when.

For that, the team developed statistical models to see the impact of this practice over various societies that were divided into three buckets: egalitarian, moderately stratified, and highly stratified.

After running these societies through different probabilistic models (thanks, math), researchers were able to see how the cultures had changed over time and if ritual killing played a role in their evolution.

In other words, this practice helped as a useful tool for elites to maintain their power. Interestingly, introducing human sacrifice in egalitarian societies did not cause that culture to become stratified.

This conclusion is especially true in the Austronesian context, where political and religious leaders were the ones supporting and conducting the sacrificing, and the sacrificial humans were typically people with low social standing or slaves.

Researchers pointed out that while these findings seem to be approved by other experts in the field, it is fairly difficult to quantify human sacrifice and social status. Therefore, the models are based on the broadest and most abstracted trends.

However unsettling it may be, ritual killing might have played an important role in helping humans transition from small egalitarian groups to large stratified societies.
Image Source: Pinterest