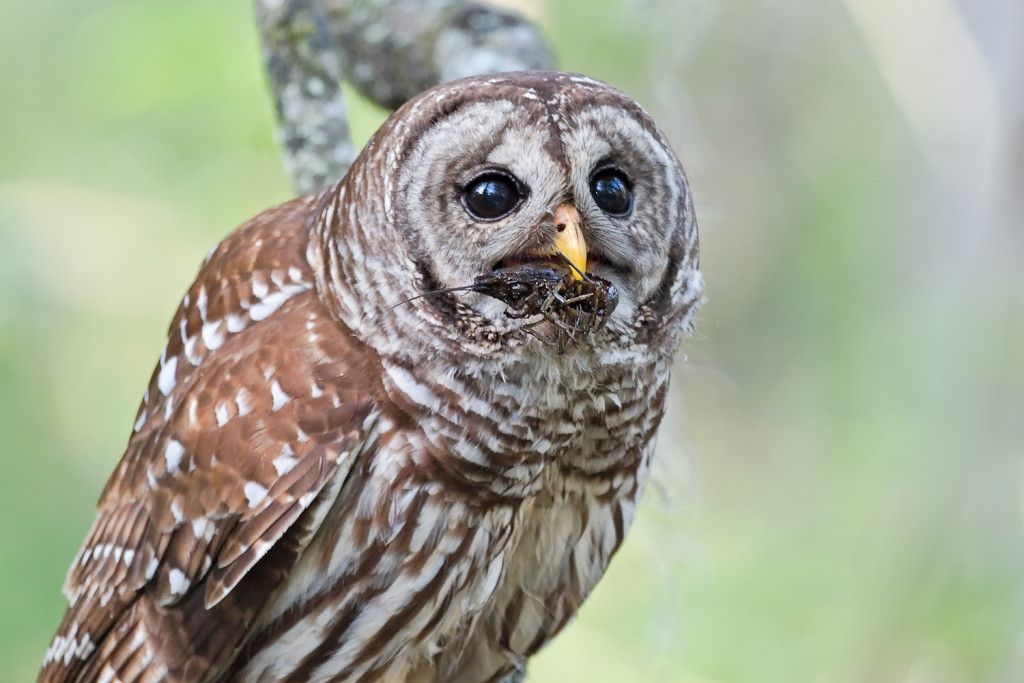 A controversial new experiment has gained the approval of the US Fish and Wildlife Service, and it involves killing invasive barred owls that bully members of the endangered northern spotted owl species.

Diller, who is taking part in the program, said this issue involving invading barred owls has been observed to push spotted owls further in California and toward the south in San Francisco.

Between 1985 and 2013, the smaller spotted owl has seen a significant decline in population, at a rate of almost 4 percent per year. Back in 1990, a study revealed the species was officially put on the “endangered species” list.

Since then, scientists have found that one of the factors posing a threat to the spotted owl’s habitat is the invasive behavior of the barred owl, which they have called to be a “cruel act.” Consequently, Diller started in 2009 an experiment that designates particular patches of timberland for the removal of barred owls.

However, some conservation organizations and experts do not condone the operation. For example, Andrea Jones, head of bird conservation at the National Audubon Society, California, said this is not “a win-win situation,” because the society does not advocate for killing.

Four years after Diller’s program started, scientists observed that the number of spotted owl numbers stopped declining in the area where the population of barred owls had been reduced.

Diller thinks that the spotted owls can once again thrive if they are not forced to fight for their habitat against barred owls. But this wouldn’t have been the case if the destruction of old-growth habitat would have pitted the two owl species against each other.

While other conservation organizations are calling PETA’s approach “cheap, dirty, destructive and unimaginative,” Diller argues that there aren’t enough resources to save everything and that his first duty is to protect the native species.

According to Shawn Cantrell, program director of Defenders of Wildlife, removing the barred owls from the habitat should only play a limited role in helping the conservation of spotted owls.

The bigger focus should be on habitat restoration one. “When we mess things up, we have an obligation to fix them,” he added. Scientists don’t know yet which is the best approach, but the forest and what’s left of the wilderness in California needs protection.
Image Source: Next Door Nature