You are here: Home / Tech & Science / Over 18,000 Candidates Applied to Become NASA Astronauts 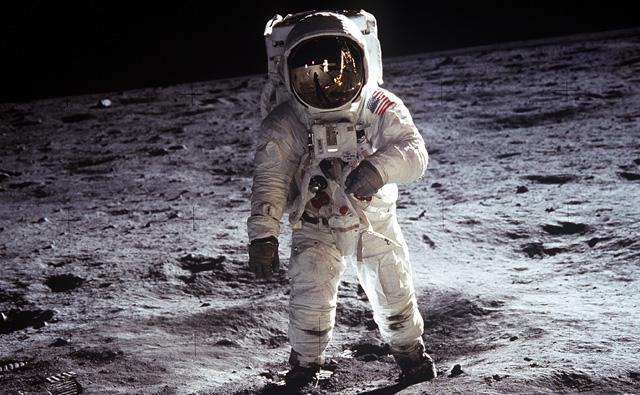 A lot of kids would answer with “astronaut” when asked “What do you want to be when you grow up?” But even after growing up (and becoming anything but an astronaut), many people still fantasize about traveling to space and seeing the Earth from the moon’s perspective.

However, over 18,000 candidates applied to become NASA astronauts and some will eventually have their dreams come true. The incredible number of Americans applying for the 2017 NASA astronaut class set a new record – the previous one was set in 1978 with 8,000 applicants.

Moreover, this year’s numbers has surpassed three times the number of applicants in 2012, whose number was then beaten by 2013’s record of 6,300 applicants.

The application period started in December 14, 2015 and ended this Thursday, February 18, 2016. NASA looks to fill in 14 or fewer posts for the 2017 class. The two-month timeframe was meant to give prospective astronauts enough time to prepare requirements and get ready for NASA’s evaluation.

This new recruitment period followed shortly after the previous batch of astronauts had finished training, preparing them to become helpful in advancing the scientific studies taking place aboard the International Space Station (ISS).

For the NASA Administrator Charlie Bolden, the large number of Americans from various backgrounds who expressed their desire to “personally contribute to blazing the trail on our journey to Mars” is not at all surprising.

The past few decades have proved that NASA is an uncontested leader in the race towards space exploration, preparing astronaut pilots for the challenges that they could face in zero gravity.

These candidates are required to hold a degree in an accredited institution in any of these fields: mathematics, biological science, engineering, or physical science.

Now that the application period has ended, NASA’s Astronaut Selection Board will start reviewing the submission to determine the qualifications of each applicant. Before the final applicants are selected, the board will conduct interviews with the majority of them.

After selection – which will be announced mid-2017 – the chosen applicants will begin a two-year training course, which will include teamwork courses, spacewalking, studying the Russian language, and spacecraft systems.

The lucky astronauts who will complete the training will then be assigned to a spacecraft of these four: the Orion spacecraft, International Space Station, Boeing’s CST-100 Starliner or the SpaceX Crew Dragon.

Brian Kelly, director of Flight Operations at Johnson, agrees that they have a long and complex elimination process ahead of them, but he is feels it’s “heartening to know so many people recognize what a great opportunity this is to be part of NASA’s exciting mission.”
Image Source: iResearch Net