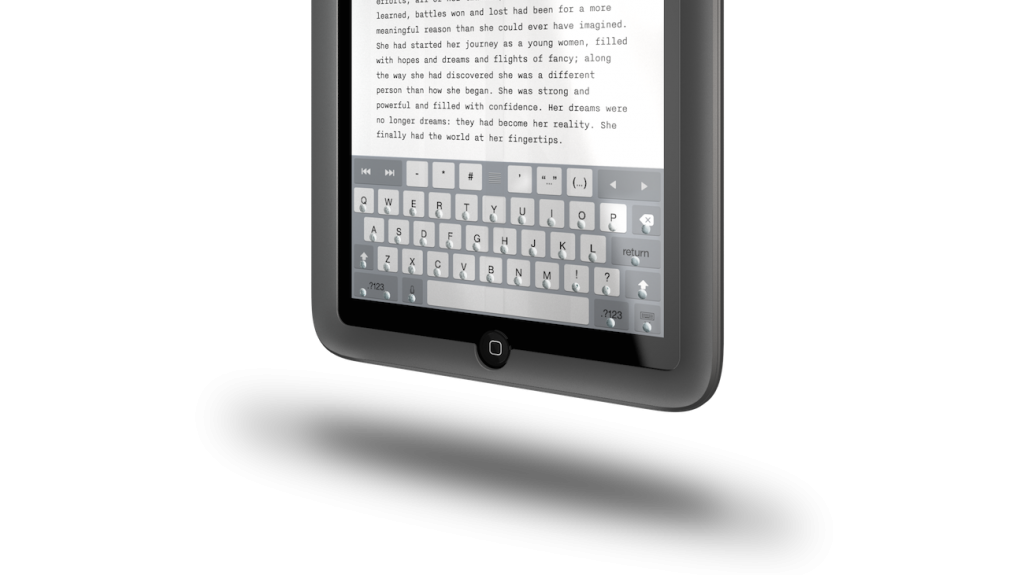 The Tactus Technology team has been working very hard this year on a new type of keyboard technology that would revolutionize smart-phones and tablets. Their invention proves that touch-screen users don’t have to give up the usability and tactile feedback from traditional keyboards in return for the privileges that come with touch-screen technology.  Coming this summer, on three generations of Apple 7.9-inch tablets is the Phorm for iPad Mini device accessory.

After nearly six years of fine-tuning and prototype testing, the VC-funded upstart finally made its debut with Phorm, an iPad mini case unlike any other. This iPad accessory has tiny bumps that pop up for each key on the iPad’s keyboard. Tech enthusiasts have never seen anything like this attempted before. Sure, there was the solution of bluetooth keyboards, but the Phorm iPad mini case sits directly on top of the iPad and requires no battery.

The great thing about this technology is the fact that the bumps aren’t there all the time. They will only pop-up once the microfluidic channels in the case are activated. These so-called bubbles, or optically-clear buttons, represent small fluid channels nestled under a tactile layer added to the case. They expand only when required, which means that they will not interfere with playing, browsing and other activities.

This revolutionary technology will prove very useful for keyboard lovers. According to Tactus Technology, users won’t simply be typing with Phorm, they will be writing. Your fingers will land seamlessly on every key, they say. These conclusions were taken after the company tested its brand-new technology on a group of people. It seems that 70% of those who tried the Tactus screen out said that they prefer it to a regular one.

“The fact is that with tactile feedback, you build muscle memory as you type. That’s one of the main reasons mechanical keyboards have been around for so long and why we built Tactus; we want to bring back that tactile feedback on the touch screen.” – Dr. Craig Ciesla

Sadly, Tactus screens will only be released for iPads at the moment. The first collection of Phorm iPad cases will cost 99$ dollars (on pre-order) and 149$ in stores.

The company’s goal was to integrate the new screen technology directly into devices, but it’s not going to wait around for companies to make up their mind. Tactus decided to release the screen under the form of an iPad case to prove how useful it is, and how in demand it will become. Already, there are many iPad users out there eager to play with this new technology.

“We’re still looking at OEMs [original equipment manufacturers] but we realized about nine months ago that there’s a clear opportunity to address the install base.” – Ciesla

The screen technology is expected to appear on devices at the start of 2016. Another news that might interest Blackberry users is the fact that Tactus actually employed a former lead keyboard designer from Blackberry.