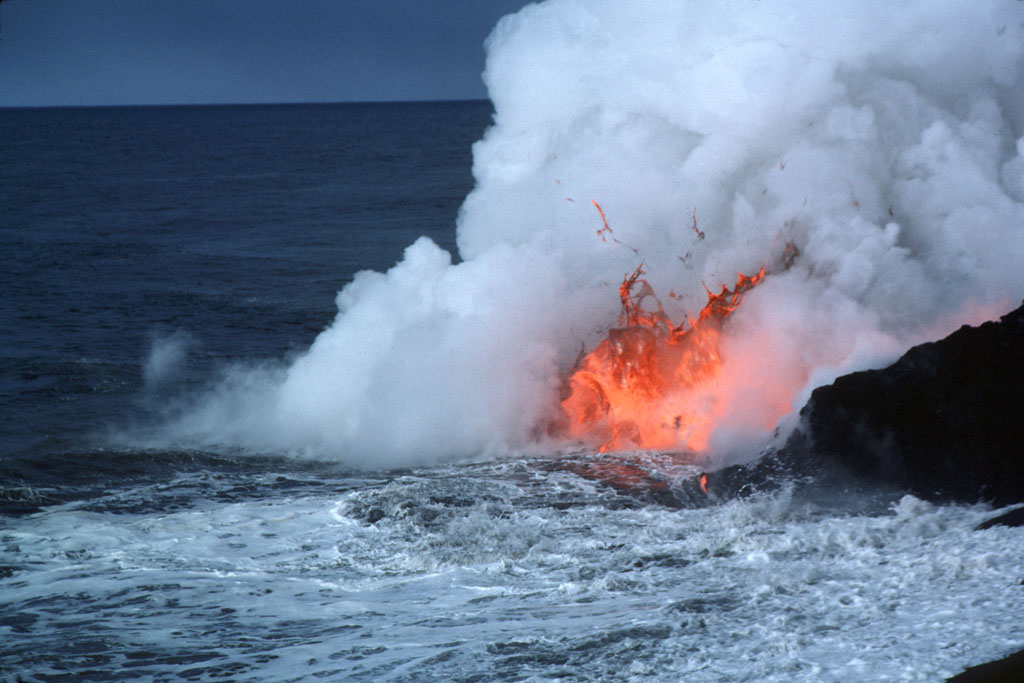 Two recent studies have found a possible link between ice ages and underwater volcanic activity in the past million years. Scientists reported that the fall and rise of the sea level during or after the ice ages influenced the amount of magma spewed by marine volcanoes. Additionally, the carbon dioxide released by the underwater volcanoes may have influenced climate change on the long run.

For their study, researchers studied the valleys and ridges created by volcanic activity on the ocean floors. Scientists explained that the oceanic crust is constantly renewed by underwater volcanic chains called spreading ridges. The oceanic spreading ridges are cracks along the ocean bottom where magma (molten rock) can reach surface, cool down and form the new crust.

The ridges are located between tectonic plates, but as these plates move away, the new crust cracks and sinks resulting in a series of gaps, or valleys between the chains of volcanoes. This mechanism leads to the formation of underwater geological features of parallel lines of ridges and valleys.

Maya Tolstoy, lead-author of one of the studies, studied similar formations on the ocean floor in a remote spot off the coast of Mexico. She found that the bands of thicker crust marked periods of lower sea level and expanding glaciers, i.e. ice ages; the bands of thinner crust were linked to years of a higher sea level and global melting of glaciers.

So, she and her team concluded that the ridges were actually marking the cycles of freezing and melting over a 100,000-year period. Scientists explained that the crust was thinner in some locations because the underwater volcanic activity was slowed down by the heavier body of water linked to an increased sea level.

Surprisingly, the deep seafloor matters in the long-term climate cycle,”

Their findings were published Thursday in the journal Geophysical Research Letters.

The second study, which analyzed the ridges located at the junction between the Australia and Antarctic tectonic plates, affirmed the theory of Ms. Tolstoy’s team. Scientists learned that in the past million years higher sea levels were accompanied by weak volcanic activity, while lower sea level boosted volcanic activity because the ocean pressure also dropped.

Past studies had shown that ice ages come in cycles depending on the Earth’s orbit. The past three major ice ages were recorded 23,000 years, 41,000 years, and respectively 100,000 years ago. These cycles also triggered sea level fluctuations of up to 330 feet, or about 100 meters.

As a follow up, scientists plan to study whether the boost in volcanic activity during ice ages accelerated the long-term global warming through the higher amounts of carbon dioxide released into to atmosphere.