You are here: Home / Business / Coke Enters the Milk Business with High-End Product 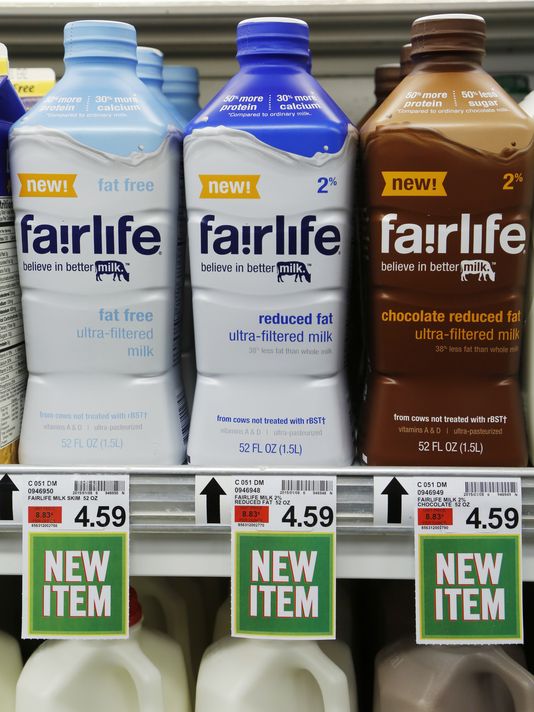 Analysts think that Coke’s move may be an attempt of compensating the steady decline in sales of its soft drinks since Americans are becoming increasingly aware about the unhealthy options these beverages represent.

Coke also noticed that people seek foods that can boost their daily intake of nutrients, be it fiber, proteins or antioxidants. Additionally, the company plans to revitalize the milk industry where the differences between products are kept to a minimum, while the consumption has been declining for decades.

In November, Sandy Douglas, president of the company for North America, said during a analyst conference that Coca-Cola was basically doing a “premiumization of milk” that would “rain money” if it was done properly.

Ms. Douglas also explained a part of the production process. For instance, in a first stage, the milk gets filtrated just like skimmed milk is. Soon afterward, the filters separate the components in milk and removing lactose while boosting the protein content by 50 percent, and the calcium content by 30 percent. Additionally, Fairlife has less sugar than regular milk.

The company’s representative argued that the same process was used to produce Fairlife’s Core Power, a beverage marketed for athletes that has even more proteins and calcium than the premium milk.

Coke also plans to sell the products mainly to women because they are the “gatekeepers” for their families’ diet.

However, many skeptics have criticized the milk and predicted a total marketing failure for several reasons. Jonas Feliciano, a beverage analyst for Euromonitor, recommended that the company kept secret how the drink was made because people may freak out thinking that the enhanced milk might be an “abomination of nature.”

Comedian Stephen Colbert described the new product as “extra expensive science milk” and mocked the way the milk is made.

Colbert also underlined that people may be reluctant about buying the premium milk because of the credibility issue.  Coca-Cola has already built an image of a company that doesn’t necessarily promote a healthy lifestyle. So, Coke has already tried to distance itself from the product by hiring outside representatives to promote the drink.

All in all, the premium product is a little bit pricy with a 52-ounce bottle selling for 4.59, while the national average revolves around $2.18 for a half gallon of milk.