You are here: Home / Tech & Science / The Sizes of Gigantic Marine Creatures Are Overestimated, Study Shows 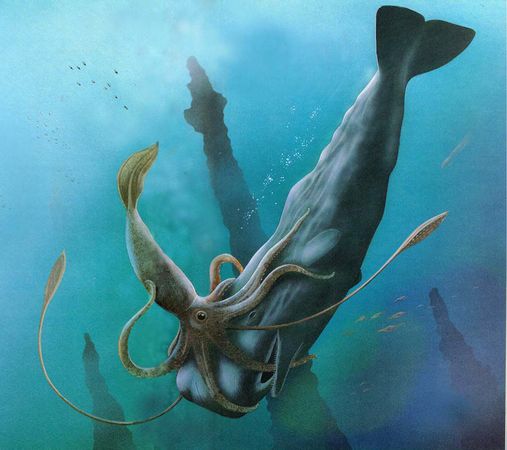 A new scientific paper reveals that most giant creatures lurking in the world’s oceans may have never been accurately measured by past research. The new paper also provides a set of more up-to-date estimates on the sizes of 25 oceanic giants.

Craig McClain, marine biologist and blogger, was the one who came up with the idea for the study. He said that previous size-estimates of gigantic marine creatures disappointed him. So, he wanted to conduct a fresh study and tell the world that it was wrong in a less arrogant scientific tone.

Mr. McClain’s paper, called Sizing Ocean Giants, tries to provide a relevant answer to the question of how big the biggest animals in the ocean really get.

The researcher joined forces with Meghan Balk from the University of New Mexic, five undergraduate students and a lot more marine biologists. He hoped to prove that statements such as a giant squid’s size is can get up to 60 feet (18 metres) were plain wrong or exaggerated.

Oceanic giants usually get erroneously measured because they are very elusive, hard to reach, or both. Many of these creatures dwell in inaccessible waters, while others get their body measured after they had already started decomposing on an ocean shore.

Many researchers also exaggerated the measures just for the fun of it. However, many creatures do not grow as much as they used to in the past. McClain’s team believes that this may be related to climate change and global ocean pollution.

A 60-feet-long squid was absurd, McClain said. The majority of specimens that he had previously measured were less than half that length. Giant squids were often measured after decomposition started loosening their muscles, while eager photographers also stretched their tentacles for a nice album photo.

McClain’s team of researchers searched the real measurements in the scientific literature, books, newsletters and magazines. Also, they asked the staff from several museums of natural history to measure the specimens in their collections, and requested additional info from groups that rescue stranded turtles. They also searched on the eBay for real giant clams and snail shells on sale.

Twenty-five marine creatures got their measurements reshaped. Researchers found that the figures describing their size were exaggerated. For instance, the giant squid is no more than 12 meters (39.4 ft) long. Also, the heaviest walrus was weighing 1,883 kilos, rather than 2,500 as past records showed.

Additionally, estimates for giant clam shell sizes were outdated, while data on the lion’s mane jellyfish and Japanese spider crab were simply unavailable.