You are here: Home / Tech & Science / Can Blackberry Detect If You Have Cancer? 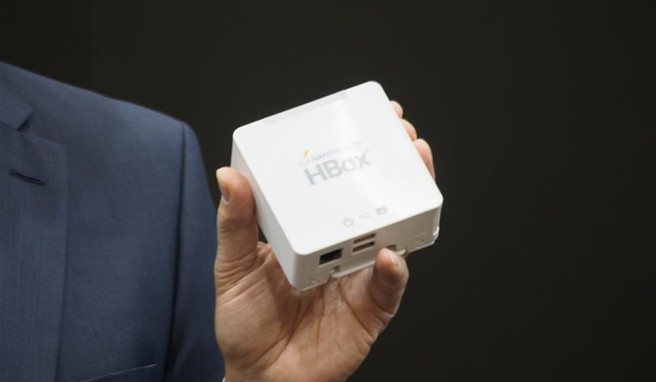 When we say Blackberry we think of the fashionable black slick phones, but can Blackberry detect if you have cancer? The world of technology can’t cease to amaze us and this is only the beginning. Blackberry just launched HBox, a gadget that can scan your entire body an give a full health status, including blood analysis.

Blackberry has just presented at a press conference at CES its latest gadget. Doctor Patrick Soon Shiong, CEO, of NantHealth, showed off a new gadget called HBox, which acts as a at home health “clinic”.
It is a device that uses a supercomputer to gather biological knowledge that can analyse your blood, your cancer, your heart condition and after it makes a summary for your doctor. It works in a way like Google Maps, it can see everything, but inside the human body. It can browse the genetic material of every single human, find the exact problem in real time and then inform the doctor about the treatment needed, explained doctor Shiong.
In order make his explanation more explicit, he gave another example. When having a disease, the usual procedure is going to the doctor, having blood taken and have the genetic material sequenced. This is exactly what the gadget does and after analyzing the genes it would send the result to the doctor trough his/hers Blackberry and tell them what to do.
The HBox only works on Blackberry platforms, because one of the things Blackberry offers is healthcare data security.

During treatment, if a patient has an Android smart watch it could communicate safely with the doctor trough the BBM texting system. For example, the watch would send and receive BBM alerts, informing the patient on the time to take the medicine, or treatment checkins.

According to doctor Shiong, your home HBox can add your self health tracking information, such as, fitness levels, diet, treatment, and transmit it to your doctor.

Creators believe that HBox has a huge potential in doing amazing things.Their only hope is that it will be used for doing right things.

IBM might have done something similar. In November Watson Group announced working on an app that is based on the user’s genetic information.
Image Source: CrackBerry