You are here: Home / Tech & Science / Holiday Lights Shine Brighter Even in Space 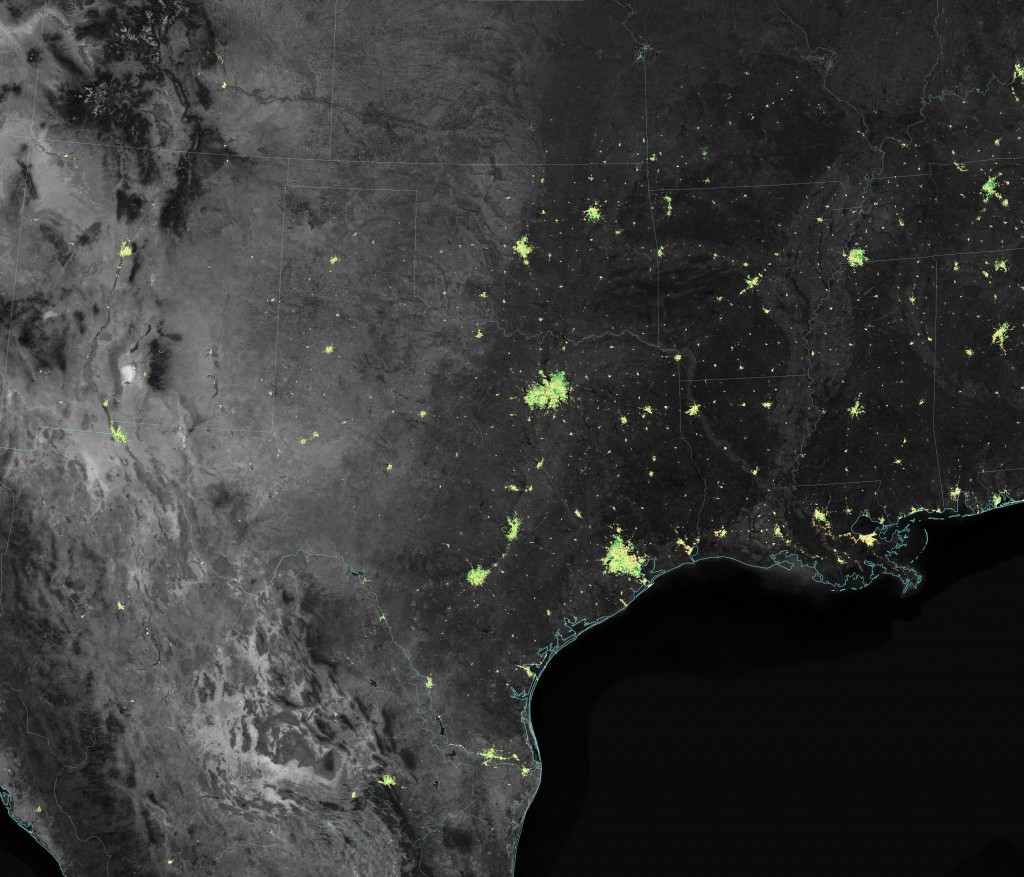 It’s the most wonderful time of the year indeed, and even NASA and NOAA can subscribe to that statement: a joint mission showed that holiday lights shine brighter even in space, as the planet is 50 percent brighter than on average days.

NASA scientists compared nighttime lighting intensities from December 2012 as well as 2013 with those registered throughout the rest of the year in 2012 and 2014. The map they put together marked the areas where light output increased with green shading while the areas where the light usage decreased was marked with red.

All measurements were possible with the use of the Visible Infrared Imaging Radiometer Suite, a precise instrument located on Suomi NPP. It is capable of detecting light coming from earth in a variety of wavelengths, from near-infrared to green. VIIRS can detect nighttime light intensities much better than any other satellites have previously done.

In order to ensure the accuracy of their measurements, scientists filtered out clouds, airborne particles and moonlight so that all that remained was a clear signal of Earth’s nighttime light. As such, high-quality satellite information could be obtained.

There was another notable aspect, however. For several Middle-Eastern cities, lights also shine brightly during the Ramadan as compared to the rest of the year. There were some differences among cities, scientists found, as specific regions were lit more intensely than others. This was attributed to cultural and political particularities.

The signal, scientists said, is ubiquitous. Regardless of ethnic and religious diversity throughout the United States, the increase was present all across urban communities. Light intensity began increasing after Thanksgiving in the US and continued through New-Year’s day. The most significant increases, Roman said, were in suburban areas, where light intensities increased by 30 to 50 percent.

“These lighting patterns are tracking a national shared tradition.”