You are here: Home / Tech & Science / Amazing Bird Species Is Now Under Protection 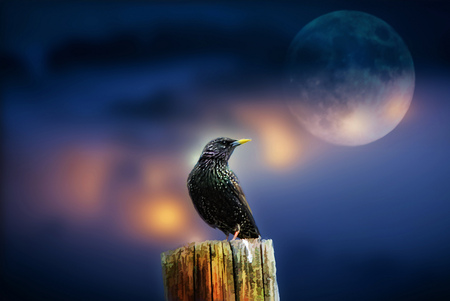 Officials have announced that the amazing bird species known as red knot birds are now listed as an endangered species and will be placed under federal protection on Tuesday. After a review of the United States Fish and Wildlife Service that lasted almost 14 months, the species will be placed under the protection of the Endangered Species Act that forbids shooting, hunting or killing and harming this bird.

The bird that travels from South America to the Arctic every year has been categorized as threatened. This status means that an animal or a plant is on the verge of becoming a endangered species. The threatened status is slightly different of endangered, which means that a species is almost extinct.

This small bird has very thin legs and a very narrow beak. Every year this bird flies almost 10.000 miles, has been under the protection of New Jersey since 2012.

A biologist expert, Larry Niles, said that he has been working for nearly 15 years with a group of people to protect this little bird and its species, declaring that he’s happy now that the species received the threatened status that will finally offer it the protection he’s been trying to provide.

The bird feeds on different clams and crab eggs, which provide sufficient nutrients for its species, thus enabling them to fly the enormous distance of 10,000 miles each year. It is said that birds can fly up to 1,500 miles before they must rest.

Officials at The Fish and Wildlife Service connect the threat that this species faces to the rising sea levels and climate changes which mainly affects the specie’s food supply.

According to the Fish and Wildlife Service, these actions won`t change the current situation by much, because this species is already enlisted in the Endangered Species Act. The Delaware Bay is already a safe and guarded place for the birds to live and this project is supported by the local police department and it’s protected by them. Also funds are being provided for further research.

A bird has earned the nickname Moonbird because it flew enough miles to take go to the moon and back, according to scientists.