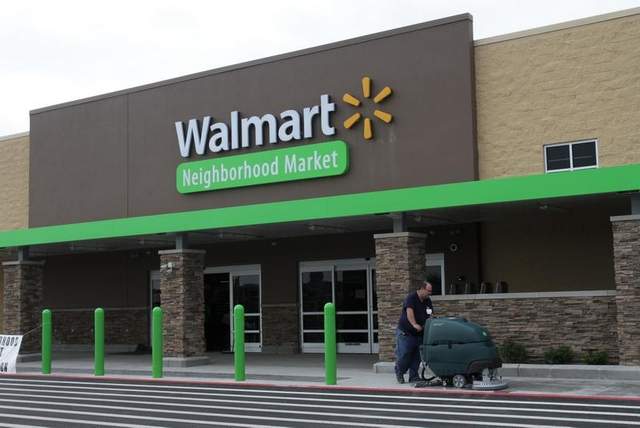 Business is going better than predicted for Walmart. The world’s largest retailer recorded a higher-than-expected earnings in the last quarter. ‘Neighborhood Market’ stores have been a main driver of growth, helping Walmart achieve the highest level of sales in the last seven quarters.

Walmart’s shares went up 2.36 percent to $81.07 in pre-market trading. The retailer said that diluted earnings per share came to $1.15, better than last year’s $1.14. Moreover, the result goes above the $1.12 estimated by analysts surveyed by Reuters. Revenue was $119 billion, a 2.9 percent growth year-over-year. Foreign exchange rates interfered with the revenue growth, which might have otherwise been 0.2 percent higher.

“Over all, I would characterize the quarter’s sales performance as mixed,” Greg Foran, CEO of Walmart U.S., said. “As we enter the fourth quarter, we see both opportunities and challenges ahead of us.” Foran is worried that a highly competitive holiday season is approaching, but the entertainment sector, usually among the highest sources of income in the last quarter, is not well prepared.

Between Thanksgiving and Cyber Monday, Walmart plans to offer five days of deals, although some promotional offers have already been introduced. As expected, Walmart will play the card of low prices. Management made it clear, they consider being a price leader to be the company’s top priority.

However, Walmart can rely on one key advantage which occurred unexpectedly. Lower fuel prices will favor growth in the fourth quarter, according to Walmart president, Doug McMillon.

Online shopping is becoming an important part of Walmart’s model. The 21 percent increase in global online sales comes as a result of heavy investment in its digital infrastructure, coupled with a lower rate of new store openings.

Walmart’s sales grew at a very slow pace, one reason may be that government food stamp benefits have been cut, affecting low-income customers, some of the store’s main customers.

During the third quarter, Walmart dealt with one particular issue, although few have been satisfied with the solution. Last month, the retailer announced that health care costs have risen beyond its estimates. Consequently, part-time employees who work for less than 30 hours per week had their health care benefits cut.