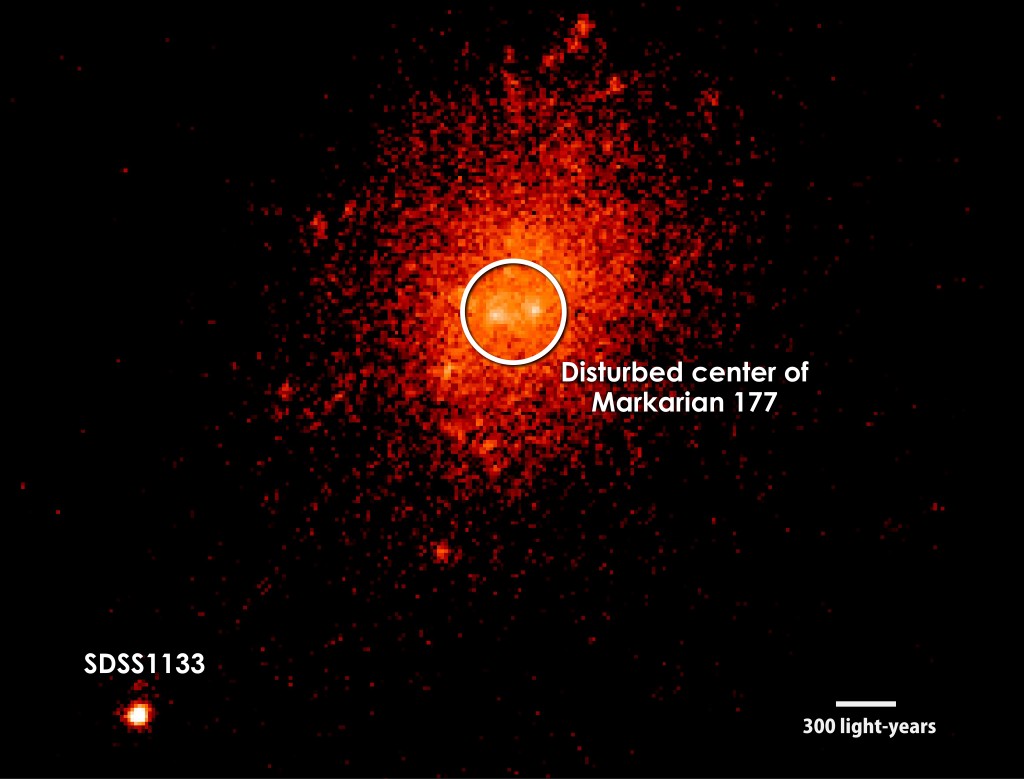 Astronomers are still trying to understand how the universe came to be and by looking at galaxies from afar, they may just come to shed light on the mystery of what they guard in their centers. One particular rare find that scientists hoped to be a part of was what is called an evicting supermassive black hole located at the center of such a galaxy.

If astronomers could only isolate such a galaxy, Einstein’s theory of general relativity in the face of extreme conditions could be confirmed. And it’s not only because of the rare goose hunt possibly confirming the genius’ theory that astronomers are so interested in such black holes. Finding a galaxy with an evicting black hole at its center would also allow scientists to understand what sort of influence these massive features have on galaxies and their evolution.

Evicting black holes lurk in the core of a galaxy. Contrary to how normal black holes act, which attract everything they come in contact with, not even allowing light to escape, evicting black holes swallow matter with such voraciousness that they heat up the gobbled air into an incandescence. Astronomers can pick up on such a bright light even billions of light-yeas away.

There have been many attempts at identifying such rogue black holes and astronomers finally believe they’ve found one. Located in the Markarian 177 galaxy, some 90 million light-years away from earth, a promising object has sparked the interest of scientists. It is portraying all the qualities that one would look for in a gas-gobbling monster.

The object is located approximately 2,600 light-years away from the galaxy’s center and has a particularly odd shape. Laura Blecha, a researcher with the University of Maryland, explains that the object is the closest candidate astronomers have to a black hole that was ejected after the merger of two galaxies.

But why would such a discovery come to spectacularly confirm Einstein’s theory of relativity in enormous gravitational fields? The answer lies in the behavior of such objects: black holes are so dense that their gravitational force even prevents light from escaping. Supermassive black holes, on the other hand, possess the same qualities only at unimaginable larger scales: they possess millions to billions of times the mass of the sun and are generally found at the centers of galaxies. When galaxies merge, so do they.

Einstein’s theory states that such mergers should be accompanied by strong gravitational waves: ripples in the fabric of space and time. Astronomers can detect them due to recoil effects which could end up sending the black hole into its own orbit fast enough that it leaves the galaxy. But it would carry the gas and stars closest to it on this new orbit, feasting on them and revealing its presence to Earthbound astronomers.

And although such a discovery could be a godsend, not all is lost if it isn’t: astronomers will still have identified a unique object.