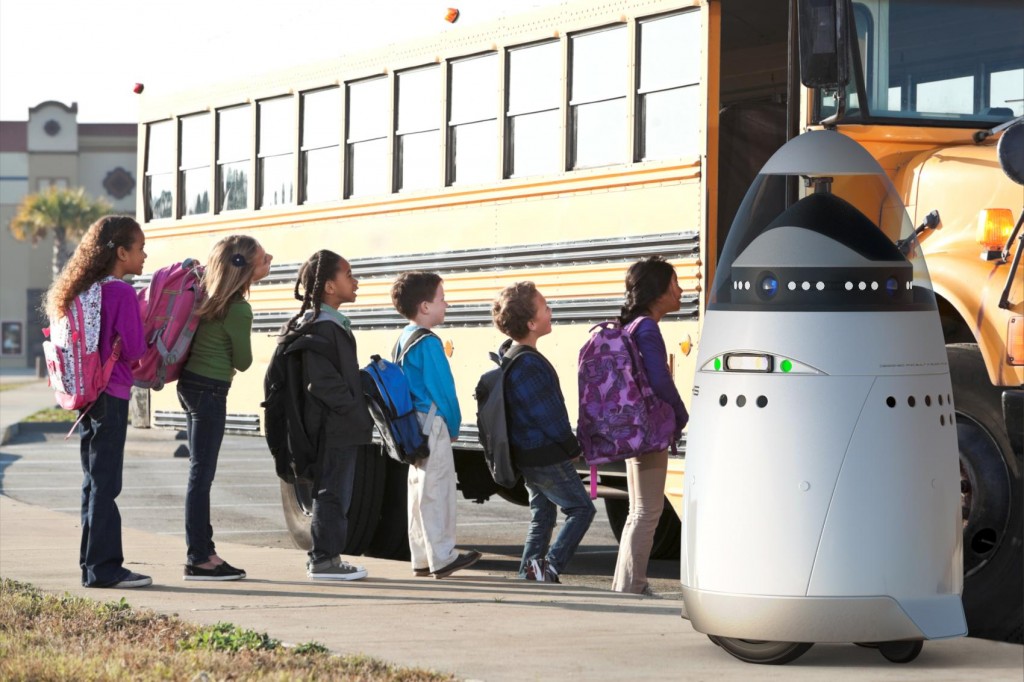 Silicon Valley is being guarded by unique devices: Microsoft has enlisted security robots called K5 equipped with all sorts of alarms, HD cameras and sensors to ensure that the campus is as safe as possible.

Apart from the sensors and cameras, K5 security robots are also equipped with Wi-Fi, GPS, speakers and weather sensors. Were they to encounter trouble around campus, the robots would call in reinforcements by sounding the alarm and signaling the command center.

These security robots are specially programmed to respect a predefined perimeter. Additionally, they navigate around obstacles, in an ever-changing environment, despite the many people walking on campus. Strong batteries allow the K5 to operate for more than 24 hours at a time. After sensing that the battery is running out, the robot automatically retreats to base for recharging. A complete recharge takes approximately 20 minutes.

The robot’s first and foremost mission is to intimidate potential wrongdoers. K5 robots can also capture footage of their surroundings and ensure that any crime is correctly documented. When asked about the security robots and their capabilities, Stacy Stephens, Knightscope co-founder told CBS reporters that :

“… the robot is looking at the video, listening for glass breakage, any loud sound that breaking in would cause. We’ll get the license plate, picture of the vehicle, geotag location, and time.”

And although police officers and witnesses could also, in theory, recall license plates, remember that the K5 has the capability of recording 300 number plates in one minute.

However creepy it may seem to some, Knightscope hopes to have their security robots patrolling campuses, corporate spaces, malls, commercial spaces, residential neighborhoods and even outdoor settings. In the coming months, four of the seven robots undergoing trials at the robotics company will be deployed.