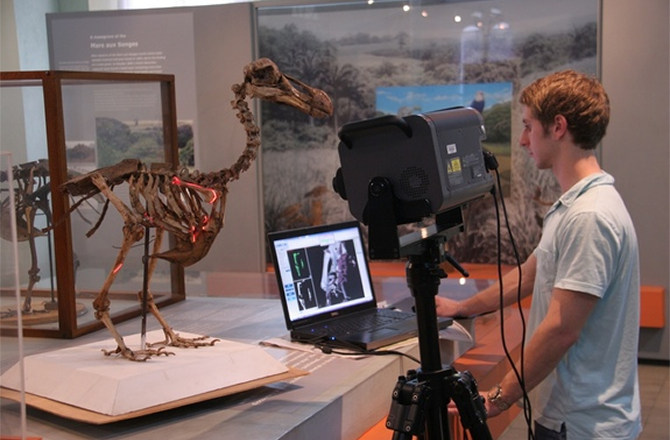 The flightless Dodo bird is arguably the most famous extinction in human history. Nearly three hundred years ago, the last of its species walked the isle of Mauritius. The dodo was driven to extinction by pigs and rats which were introduced to the Mauritius Island after the Dutch discovered it in 1598. Of course, sailors also enjoyed Dodo meat from time to time.

There are still many mind-boggling mysteries about the life and death of this three-foot-tall bird, but new technologies have made it possible for scientists to ‘resurrect’ it. The Natural History Museum in Port Louis, Mauritius, holds the only complete dodo skeleton. Experts used this skeleton to recreate how the bird lived and moved with the help of 3D scanning technology. The virtual model is helping scientists reconstruct the bird’s behavior like never before.

Until now, scientists could only rely on artist sketches for their theories. Although they did provide some clues as to what the dodo would have looked like, the artists were more interested in “depicting plump or colorful animals than recording their true likeness”. Studies of dodo bones actually show that the animal was, in fact, a lot slimmer than it was portrayed.

“[The reconstruction] suggests that the ‘fat dodo’ would have been too heavy for its skeleton to support and would have collapsed,”

For the first time in history, scientists have the opportunity to take a closer look at the Dodo’s anatomy in great detail. Many of the dodo birds used for studies until now were composites. However, a group of scientists had access to the only complete dodo skeleton known to human-kind, which was discovered by Etienne Thiroux, an amateur collector.

“Being able to examine the skeleton of a single, individual dodo, which is not made up from as many individual birds as there are bones, as is the case in all those other composite skeletons, truly allows us to appreciate the way the dodo looked and see how tall or rotund it really was,”

Juilan Hume, from the Natural History Museum in London

The dodo bird stood 3 feet tall and, as its reconstruction shows, it was much slimmer than numerous portrayals of the bird. Its skull was so large and its beak so robust that naturalists believed it to have been related to vultures and other birds of prey. Hanneke Meijer of the Catalan Institute of Paleontology in Spain explains that these features made it more difficult for the bird to appear related to the pigeon family.