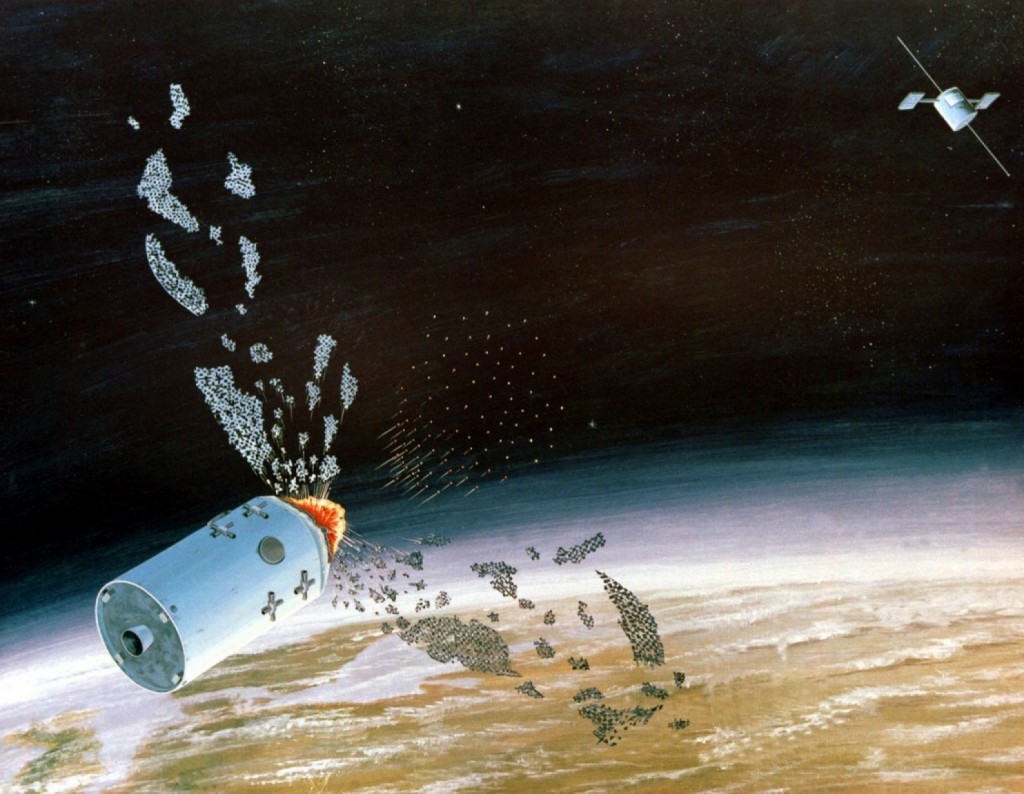 Russia is supposedly testing a satellite capable of chasing down other orbiting spacecraft, observers believe. Such technology could be used for a wide variety of purposes, such as to repair malfunctioning spacecrafts, but on the other hand also to destroy or disable them. This fearful mystery involves a rocket launch in May 2014 that still has many questioning the purpose behind this odd object’s launch into space by Russian officials.

The first object went up in December last year, when a Rockot booster set off to replenish the Rodnik communications satellite constellation carrying three new satellites. However, a fourth object also went into orbit at the same time. The second launch took place in May this year, when another Rockot booster took off from Plesetsk Cosmodrome, carrying three military satellites, but once again also releasing a fourth payload that was first designated as debris before onlookers claimed it made a clear manoeuvre.

Kosmos 2499, Object 2014-28E or NORAD 39765  that had been moving toward other Russian space objects, were initially thought to be simply debris, according to the Financial Times. They could very well be intended to repair satellites already in space, or could be a sort of vacuum cleaners to get rid of space junk. But on the other hand there’s the theory according to which they could have a military purpose, expert Patricia Lewis tells the paper, noting the possibility of “kinetic pellets which shoot out at another satellite” or involvement in “satellite-to-satellite cyber attack or jamming.”

It appears that after the Iron Curtain fell, Russia shelved a military program known as Istrebitel Sputnikov, meaning “satellite killer,” and Moscow has previously sought a treaty against sending weapons into space. Moreover military officials have suggested in the past that if relations with the U.S. were to become strained, new research into space weaponry would be a possibility, the Financial Times also mentioned.

“There should be no war in space, but we are military people and should be ready,”

Russia’s space commander said in 2010, for the Washington Post.

“Trust me, we would be able to respond quickly and adequately.”

As far as concrete proof is concerned, satellite observers had seen the object using engines to perform a series of unusual manoeuvres in space that changed its orbit. These manoeuvres culminated on 9 November with a close approach to part of the rocket that originally launched the satellite into orbit.