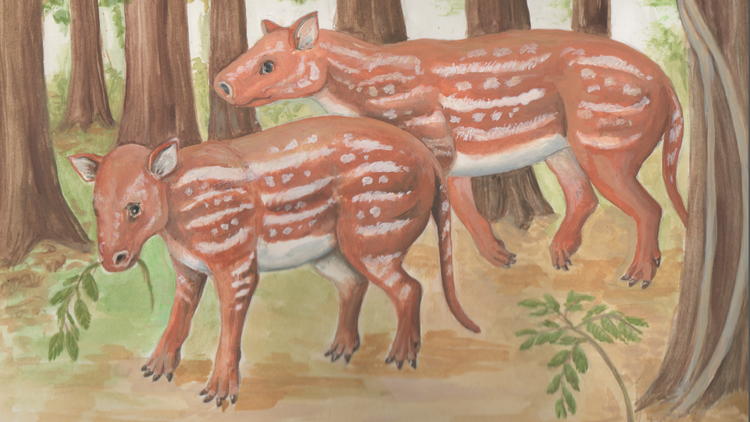 Scientists discovered a missing link in the evolution of an animal group called Perissodactyla, which contains “odd-toed ungulates”, animals with an uneven number of toes on their rear feet. The finding helps scientists establish connections between the present day horses, rhinos and tapirs and Perissodactyla.

The earliest specimens belonging to the Perissodactylia group lived around 56 million years ago. For a long time, there were no clues regarding the ancestors of horses and rhinos. But now researchers at John Hopkins University discovered the fossils of an animal dubbed Cambaytherium thewissi, which sheds light on the earliest Perissodactylia.

Finding the fossils was no easy task. Initially, scientists spent years searching for clues on the lives of the earliest Perissodactylia in Wyoming. In 2001 they moved their search site in India. In the end, theoretical hints proved to be particularly rewarding.

While working in an open-pit coal mine in Northern India, close to Mumbai, researchers discovered more than 200 fossils belonging to the Cambaytherium thewissi. Thankfully, the mining company agreed to let paleontologists dig while mining activities were taking place. Now the pit has been covered forcing scientists to choose another research site.

Analysis showed that Cambaytherium is the youngest Perissodactylia ever discovered. In fact, the fossils present traits which connect the group of mammals with other primitive animals.

Moreover, the findings neatly connect geographical and biological evolution, according to Ken Rose, professor of functional anatomy and evolution at the Johns Hopkins University School of Medicine

“Around Cambaytherium’s time, we think India was an island, but it also had primates and a rodent similar to those living in Europe at the time,” Rose says. “One possible explanation is that India passed close by the Arabian Peninsula or the Horn of Africa, and there was a land bridge that allowed the animals to migrate. But Cambaytherium is unique and suggests that India was indeed isolated for a while.”

The discovery of a large number of fossils allowed the researchers to come up with a clear idea about how Cambaytherium thewissi looked like. The animal weighed between 45 and 75 pounds. An artist rendered the image of two of the oldest Perissodactylia.

Rose describes it as a missing link, although he does not entirely agree with the term. According to the paleontologist, every new fossil is a missing link in understanding evolution.

The study has been published this week in the online journal Nature Communications.