You are here: Home / Business / Eurozone Slowing Again in November 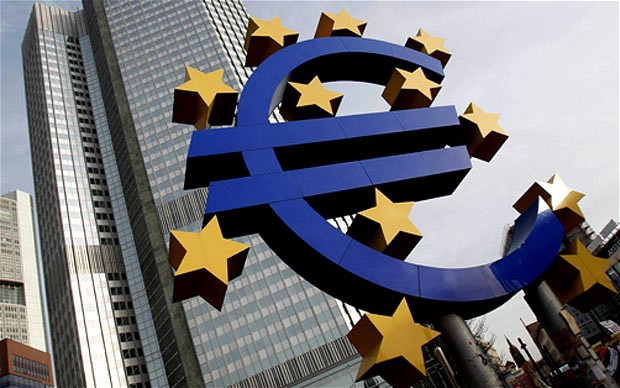 According to a survey, the 18-country eurozone faces the real prospect of sliding back into recession. An estimate of the Purchasing Managers’ Index of research firm Markit showed a drop to 51.4 from 52.1 in October. That’s a 16-month low, and a sharp disappointment for financial markets, which had expected the index to rise to 52.3.

Manufacturing output growth picked up slightly to the highest for four months, but the rate of expansion remained only modest. Growth in the service sector meanwhile eased for a fourth successive month to the weakest since last December.

The data was described as:

“a serious blow to hopes that the recovery would resume towards the end of the year. The index has been probably the most reliable indicator of eurozone GDP growth in the past and it clearly would not take much to leave this index back in recession territory,”

Following the data, the euro fell 0.3 percent to 1.2511 against the dollar and was down 0.2 percent against sterling, at 1.5644. The Euro Stoxx 600 Index also fell and was trading down 0.4 percent after the data was released.

However employment stabilised after falling marginally for the first time in 11 months in October, but firms generally remained reluctant to add to staffing numbers in the face of economic uncertainty and weak demand. Headcounts were stagnant in both manufacturing and services. Selling prices meanwhile fell again in both manufacturing and services, continuing the trend of falling prices that has been recorded since April 2012, although the rate of decline moderated slightly in November.

In other words weak growth in Germany and France along with rising tensions in Ukraine, threaten the euro area’s modest revival. The 18-nation economy expanded 0.2 percent in the third quarter.

Earlier this week, ECB President Mario Draghi said outright purchases of government bonds remain an option for the bank. So-called quantitative easing, or QE, could help keep a lid on borrowing costs for businesses, households and governments as well as help reduce the value of the euro to the benefit of exporters. The central bank will start buying asset-backed securities this week as part of stimulus plans that already include covered-bond purchases, long-term loans to banks and record-low interest rates. President Mario Draghi said this month that officials have been tasked with preparing new measures to be deployed should the outlook worsen.