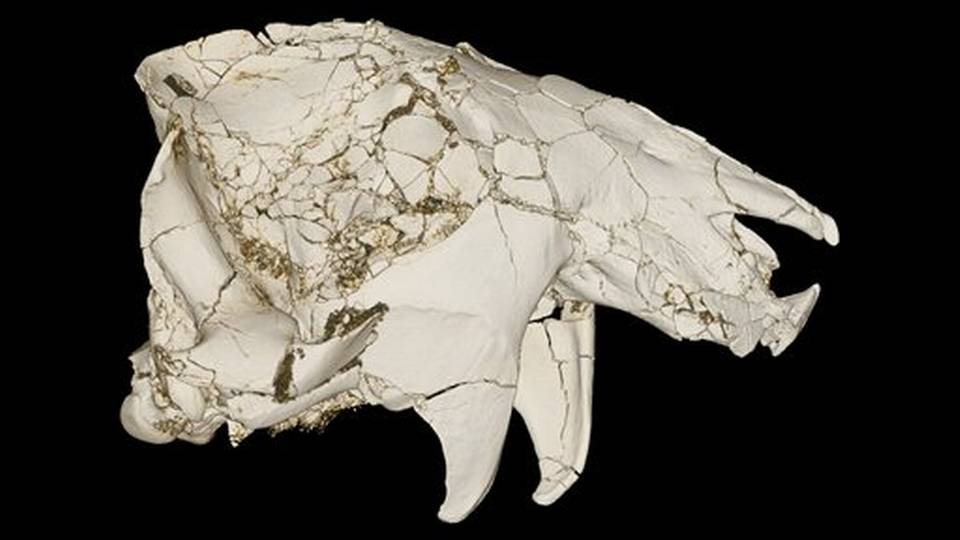 Paleontologists stumbled across a well-preserved cranium of a mammal four years ago while searching for fossils in Madagascar. This creature lived approximately 66 million to 70 million years ago, as the dinosaur epoch was coming to a close.

Scientists explain that such a discovery is extremely rare in the Southern Hemisphere, where mammal fossil records are particularly thin and that it may provide important insights into the evolution of mammals.

The Southern Hemisphere has, until now, only provided two mammal skulls which are not as large as this recent discovery.

David W. Krause and his team of paleontologists at the Stony Brook University on Long Island published the study on Wednesday in the journal Nature. They explain that this newly found mammal skull represents a distinctly new type of genus and species called Vintana sertichi. Vintana means luck, which coincidentally smiled on Joseph Sertich, the paleontologist who discovered the sandstone slab holding the skull.

“No paleontologist could have come close to predicting the odd mix of anatomical features that this cranium exhibits,”

Vintana sertichi’s cranium measures approximately five inches and is twice as large as one of the previously found, largest known mammal skulls, found on the supercontinent of Gondwana. Scientists claim that at that time, most primitive mammals were approximately the size of mice and shrews.

According to researchers, Vintana belongs to an early mammal group called gondwanatherians. Until now, the sole evidence of this group was in the form of a few jaw fragments and teeth. What this discovery now proves is that there is a connection between this group and the multituberculates, another group researchers discovered through fossils recovered in the Northern Hemisphere.

Experts in the field explain that this study offers important evidence on the impact of plate tectonics and biogeography on mammal evolution.

“A lineage of mammals isolated on a part of the ancient Gondwana had evolved some extraordinary features beyond our previous imagination.”

“When we realized what was staring back at us on the computer screen, we were stunned,”

Joe Groenke, the first person to see the CT image of the discovered cranium, said.