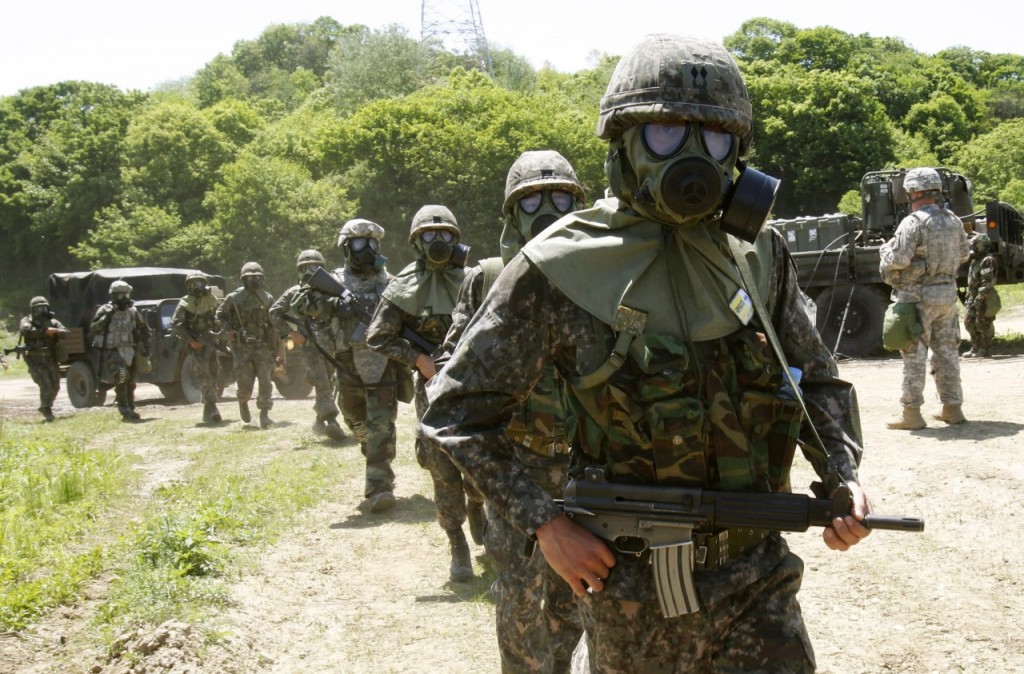 In a unique turn of events, information was revealed that details how 17 U.S. troops and seven Iraqi police officers who had been exposed to chemical weapons in Iraq were denied appropriate medical attention on grounds of secrecy.

From 2004 to 2011, both American and American-trained troops repeatedly encountered situations where they were wounded by chemical weapons, remnants of the Saddam Hussein rule. American troops recovered approximately 5,000 chemical warheads, aviation bombs or shells- information obtained under the Freedom of Information Act.

Technicians assigned to dispose of munitions in Iraq once stumbled across sulfur mustard, a chemical warfare agent which burns the victim’s airways, eyes and skin. As recent information shows, 17 American service members and seven Iraqi police officers exposed to this substance after 2003, however, these encounters were classified.

The American government, which hasn’t publicly shared the scale of its encounters with chemical weapons, has covered everything that was connected to chemical warfare by secrecy. It even withheld information about its discoveries from the troops it sent into harm’s way and even from doctors, so that, in the end, its secretive policy prevented U.S. troops from receiving proper medical attention as well as recognition of their injuries.

Even Congress was aware of the situation (or partly informed at least) while troops and officers on ground were being instructed to give false accounts of what had been found during their missions. Retired Army Major, Jarrod Lampier, for instance, was told to say that he had found “nothing of significance” when he and his unit discovered one of the largest chemical weapons (over 2,400 nerve-agent rockets).

Another soldier who was present during the destruction of mustard shells, which burned two soldiers in his company, Army sergeant Jarrod L. Taylor, joked that he had seen “wounds that never happened” and “stuff that did not exist”. He told reporters that the public had been misled for over a decade.

Rear Adm. John Kirby declined to address the specific incidents connected to the incidents or how medical care and medals were denied to troops who had served courageously throughout the Iraq war. He did state that both the military health care system and its award practices were being reviewed.

“[Defense Secretary Chuck Hagel] is, of course, concerned by any indication or allegation they have not received [medical] support. His expectation is that leaders at all levels will strive to correct errors made, when and where they are made.”

The information that has just been revealed will spark significant outrage, especially since Americans across their nation already doubt that the U.S. government appreciates the sacrifices that America’s sons and daughters make while proudly serving their country.