You are here: Home / Archives for chemical weapons found 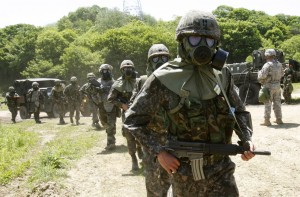 In a unique turn of events, information was revealed that details how 17 U.S. troops and seven Iraqi police officers who had been exposed to chemical weapons in Iraq were denied appropriate medical attention on grounds of secrecy. From 2004 to 2011, both American and American-trained troops repeatedly encountered situations where they were wounded by chemical weapons, remnants of the Saddam … END_OF_DOCUMENT_TOKEN_TO_BE_REPLACED