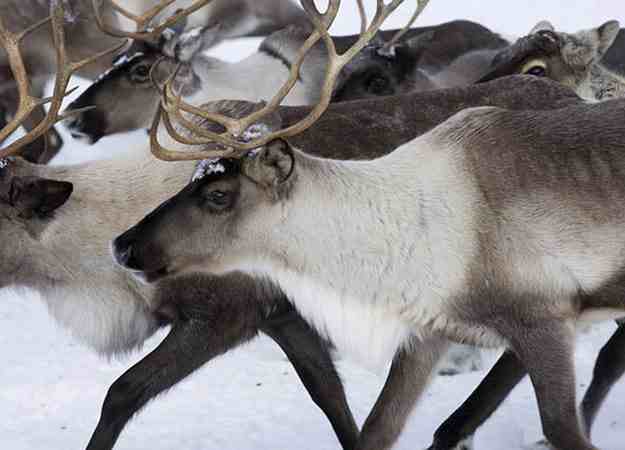 Scientists have managed to revive a 700-year-old virus from ancient caribou feces and used it to infect a living plant. This was done mainly to show that global warming could do the same to a plethora of other infectious viruses that are believed to be extinct.

Genetic engineering has helped scientists replicate extinct viruses and study them. Because there was no way to preserve ancient viruses, our knowledge of them is very limited. Scientists revived a 700-year-old virus from ancient caribou feces to also study the interaction between it and plants that are alive today.

Researchers at the Blood System Research Institute in San Francisco did revive the 700-year-old virus from ancient caribou mainly to show the world that it can be done and to reveal that viruses can remain infectious for hundreds of years. The results of the study were published in the Proceedings of the National Academy of Sciences.

We demonstrate that genetic material from ancient viruses associated with caribou fecal matter was cryogenically preserved for at least seven centuries, and that the cloned DNA genome of one of these viruses replicated and spread systematically in an extant plant.

To show that the 700-year-old virus from ancient caribou feces they had found could still infect something, the scientists infected a plant with it. After it showed no signs of infections, they sequenced the DNA of the plant that showed proof of the virus’ active presence. The reason the plant didn’t show any signs was because the plant was not virus’ original host.

As climate change accelerates the melting of arctic ice, it is possible that ancient viral particles and the associated nucleic acids could be released into the environment. If such virions are infectious, their release could contribute to the diversity of circulating viruses.

Scientists have known for a long time that viruses can survive for long periods of time. In 1990, the genes of a latent smallpox virus were discovered in a 400-year-old mummy. Earlier this year, two French researchers found a 30,000-year-old virus in the Siberian tundra.