You are here: Home / Business / Jobless Claims Continue Drop to Lowest Level in Over 14 Years 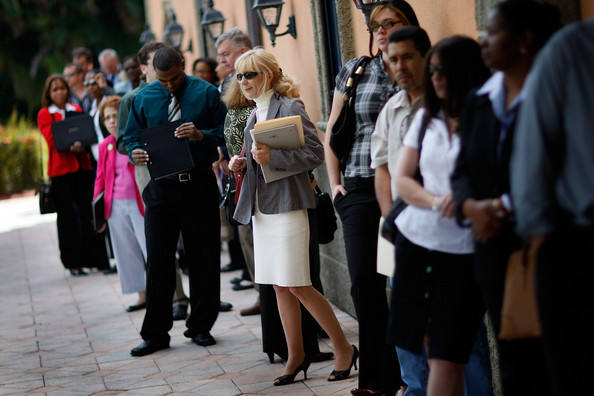 Recent estimates made by the Labor Department show that initial claims for jobless benefits have dropped to the lowest weekly tally in over 14 years. These figures reflect a healthy trend in the labor market, as employers seem to be laying off very few workers.

The data released on Thursday shows that the number of people in the United States applying for jobless benefits has dropped by 23,000 to 264,000 last week., which was the lowest since April 2000. These figures have surprised both analysts and Labor Department officials, who had expected claims for regular state unemployment-insurance benefits to rise up to 289.000 from the 287,000 they had reached in the prior week.

And what’s more satisfying for economists is the fact that even smoother barometers (such as the four-week average of new claims) are continuously dropping. This four-week average has fallen by 4,250 to 283,500- yet another rejoicing figure since it is the lowest since 2000, according to the government.

However, this data has done little to calm those in the market fearing deep stock declines. Many fear that, despite the clear improving employment trends, there is still much to be done until a balance is reached.

“Have we achieved full employment? Not yet. Are we getting closer? Absolutely. Now, we just have to wait for the wage ‘shoe’ to drop,”

Despite the obvious improvements on the job market, where job openings have reached a 13-year high and where layoffs no longer reach the numbers experienced during the recession, the U.S. is still far from complete health where the labor market is concerned. There are still millions of Americans un- or underemployed, and as many of them who lose their jobs and aren’t able to land a new position. After summer’s hiring spree, which had reached the fastest pace in over six years, autumn brought with it a small pull back suggesting that it’s taking employers longer to fill open positions.

Consequently, continuing claims have risen by 7,000 to 2.39 million in the week that ended October 4th, government estimates show. These continuing claims show the number of people who are already receiving benefits. However, despite this rise, the four-week average of continuing claims also fell 10,750 to 2.4 million (the lowest level since 2006).

“There is no evidence of any softening in labor market conditions in early October and the jobless claims data suggest the labor market continues to improve…at a more rapid pace than the Fed’s expectations,”