You are here: Home / Tech & Science / Fungus Killing European Salamanders Could Spread to US 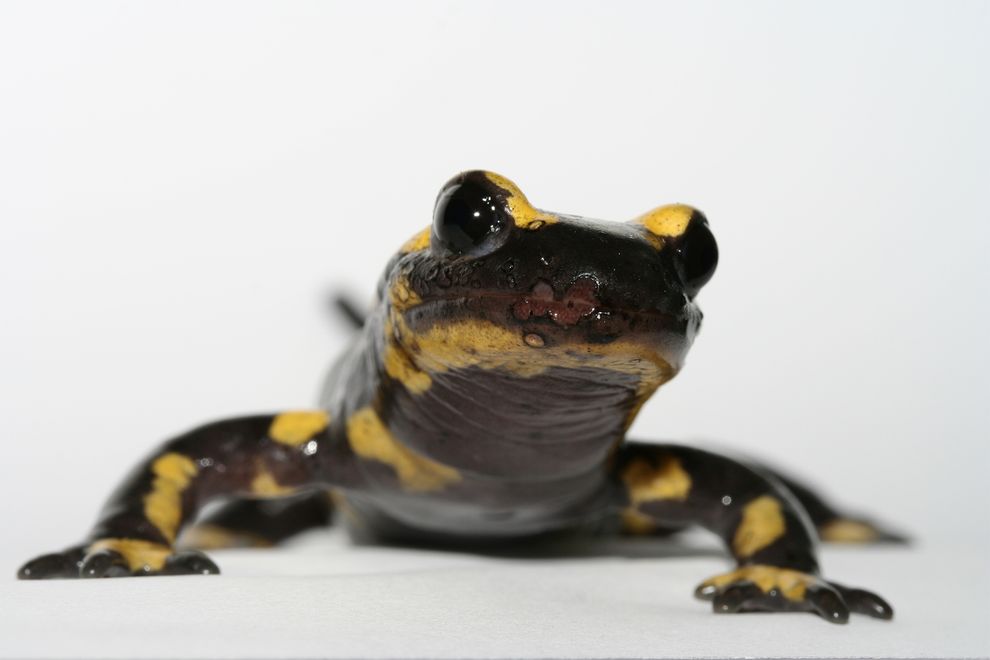 European salamanders are affected by a terrible fungus infection that may spread to the United States, an international team of researchers reported on Thursday. The salamander group contains hundreds of species that are mostly spread in the Northern Hemisphere. Around one third of the species are located in North America with a high concentration in the Appalachian Mountains.

Last year, the population of fire salamanders from the Netherlands dropped dramatically. At a closer look, researchers discovered that the animal was affected by Batrachochytrium salamandrivorans, an unknown fungus at the time.

B. salamandrivorans, the fungus that spread from Asia is related to Batrachochytrium dendrobatidis which previously killed of numerous amphibian species ranging from frogs to salamanders. Salamanders that survived the previous outbreak are now at high risk of being decimated. None of the colorful individuals infected by the fungus survived. An international team of 27 researchers led by Professors An Martel and Frank Pasmans at Ghent University screened hundreds of salamanders from around the globe to reach the dreadful conclusion.

East Asian amphibians carried the fungus for a long time. It was first discovered one and a half century ago, but the animals carrying it did not develop the disease. Genetic analysis revealed that the fungus is around 30 million years old. However, animals exposed to it had enough time to develop resistance.

But now salamanders are highly sought after and many have been imported from China to the US. The scientists who carried the research explain that movements around the globe speed up the pace at which pathogens travel. They can easily reach animals that are not prepared to fight them off.

“When a disease has been around for a long time, animals develop resistance to it. Globalisation has resulted in the movement of humans and animals all across the world, bringing pathogens into contact with hosts that haven’t had the opportunity to establish resistance. As a consequence, pathogens like B. salamandrivorans that are brought to a new environment can very rapidly threaten many species with extinction,” said Professor Martel.

Salamanders have an important role in ecosystems, as they are both predator and prey. Their disappearance may affect more than just local ecosystems. The animals they eat will multiply and influence the amount of carbon dioxide released in the atmosphere, according to a previous study.