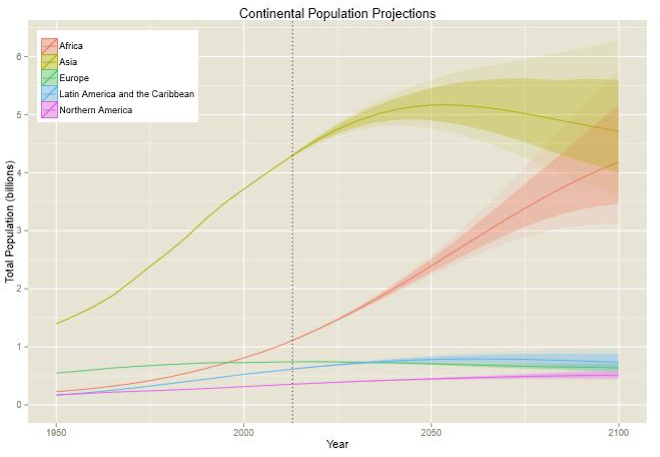 A new moral panic may be approaching as a large research team of experts launched a new estimation of the world population increase. According to expert calculations, the world’s population may reach 12 billion people by 2100. As any other projection, this is just a rough estimation based on the data we have access to in the present.

An article published in Science journal claims that human population will not stabilize during the 21st century, as many have claimed previously. Based on data up until 2012, the 14 article authors claim that the world population may reach between 9.6 and 12.4 billion in 2100. Right now we are at 7.2 billion, so having an extra 2 to 5 billion people will likely put pressure to perform radical changes in many domains.

The new millennium was greeted with the first major population projection, which stated that population growth will probably stop until the end of the century. Another report released by the UN in 2012 extended the date when the population will stabilize in the next century.

Poorer areas are expected to continue the trend of displaying higher fertility rates. As many social scientists argue, poverty is the leading determining cause to high fertility rates. Increasing income inequality is only going to worsen the situation.

There are a couple of reasons supporting the argument. Poor people cannot afford contraceptives as easily as wealthier people. Again, poor women have trouble getting an abortion because of financial reasons, as well as because of improper health care infrastructure, like the one found in Sub-Saharan African states, India and Bangladesh. Another reason is that without any kind of social safety nets, poor people need their children to support them when they get older.

These are some of the general arguments reflected by statistical trends. The conclusion is that by tackling poverty, we will inherently tackle potential future problems linked to population increase.