You are here: Home / National News / Obama Presidential Library Location to be Announced 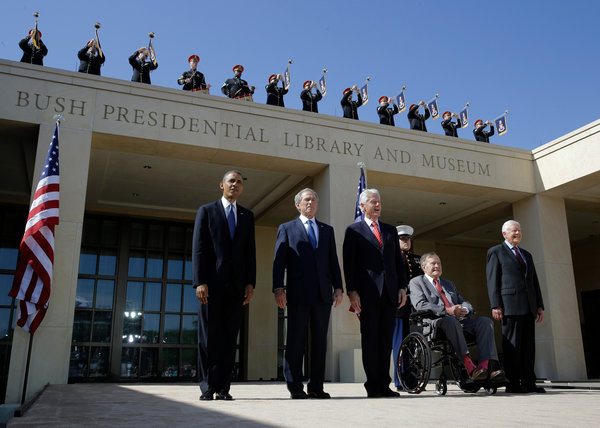 There are currently four finalists that have been announced by the Barack Obama Foundation as potential sites for the presidential library and museum.

The Columbia, Hawaii, Chicago and Illinois at Chicago Universities will all be submitting formal proposals in their effort of housing the library. According to Foundation officials, these four universities have already shown that they have the ability of developing and designing the library, as well as enhancing the development in the communities they will reside in.

The Obama Presidential Library has confirmed that these four potential partners have shown that they not only meet their strict criteria but that they also demonstrated strong visions for the future. Chairman Martin Nesbit, a close friend of Barack Obama, explained that each institution will now be refining their proposals over the coming months and after they have presented their recommendations to the president and the first lady, a decision will be made.

The foundation has now asked the four participants to submit formal proposals until December, so that the Obamas can make their final site selection by 2015.

Former presidents George W. Bush’s and Bill Clinton’s libraries are already open. Bush’s presidential library cost around $250 million and was built on the campus of the Southern Methodist University , while Clinton’s library was built in Little Rock and opened in 2004.

There haven’t been any estimations as to how much President Obama’s presidential library would cost. However, unnamed advisors cited by the New York Times have suggested that the costs of building it would come up to at least $500 million.

Barack Obama has ties to the locations of the finalist universities, and as he enters the final two years of his presidency, his decision will surely be influenced by these ties. A Hawaii native and a Columbia University undergraduate, President Obama will have to weigh his decision closely before naming the finalist.

After graduating, President Obama worked as a community organizer in the south side of Chicago, after which he became a law professor at the University of Chicago. As a result, he lived several years in the neighborhood near Hyde Park, located close to the university.

A presidential library won’t just represent a long-lasting tribute to Obama’s ambitions and achievements, but also a tourist destination. Additionally, such a building will represent an engine for economic development and as such suitors are keen on becoming the sole winner of president Obama’s blessing.