You are here: Home / Archives for clinton 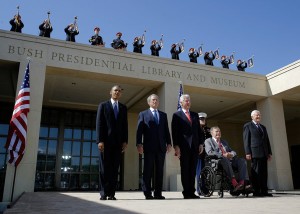 There are currently four finalists that have been announced by the Barack Obama Foundation as potential sites for the presidential library and museum. The Columbia, Hawaii, Chicago and Illinois at Chicago Universities will all be submitting formal proposals in their effort of housing the library. According to Foundation officials, these four universities have already shown that they have the … END_OF_DOCUMENT_TOKEN_TO_BE_REPLACED 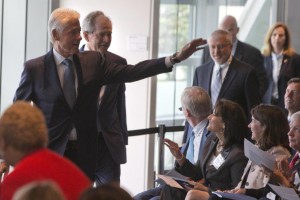 During their Washington launch of the Presidential Leadership Scholars program, former U.S. presidents Bill Clinton and George W. Bush took the stage on Monday at the Newseum. The Leadership Scholars Program is designed to provide those in government, business or academia the opportunity and tools to cultivate their leadership skills and represents the hope that more people will become inspired … END_OF_DOCUMENT_TOKEN_TO_BE_REPLACED