You are here: Home / National News / Federal Program to Build Trust between Communities and Police 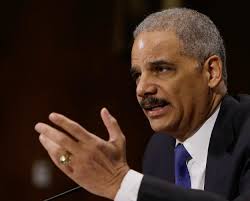 After the investigation into the harshly criticized Ferguson shooting, Attorney General Eric H. Holder Jr. announced that a federal initiative was underway that aimed to study racial bias and form a bridge of trust between law enforcement agencies and their communities.

As Holder mentioned, there are ever-growing divisions between police officers and residents and this topic has become one of national importance. After the Ferguson protests, sparked by the shooting of 18 year-old Michael Brown, Holder hopes that the $4.75 million initiative will represent a step in the right direction.

The grant will be divided among five pilot communities and will help to no longer leave tensions (which are often present in neighborhoods across the States) unresolved.

Holder noted that all law enforcement leaders and officers have the obligation to treat everyone fairly, to eliminate all bias and work together to a better community.

After having visited Ferguson often in the time after Brown’s death, Holder became aware of the fact that African American residents had been harassed by white officers, unfairly targeted with court orders or repeatedly given large penalties.

After Michael Brown’s shooting, Holder ordered an FBI-led civil rights investigation into the shooting. Officer Darren Wilson, the one who shot and killed Brown, was also investigated by local prosecutors who had already started to provide evidence to the St. Louis County Grand Jury. While local authorities had hoped to see the jury investigation finalized before October, the judge gave the grand jury until January 7th to decide whether Wilson should face charges or not.

Holder’s proposed program is named the National Initiative for Building Community Trust an Justice. It will represent a three year effort taking place in five different communities (the cities haven’t yet been announced) during which community leaders and police officers will be trained.

Apart from conventional police training, officers will also be helped to reduce the pre-programmed biases they currently have. The program aims to aid communities in eliminating all sorts of bias (including against police officers) and in easing perceptions that someone is being unfairly treated within the United States court system. Both these problems surfaced as being extremely deep within the Ferguson community.

Both law enforcement officials and faith-based community leaders will be included by a board of advisors in the new plan that Holder has prepared.

Attorney General Holder hopes that his initiative will represent a significant step in solving at least some of the long-standing tensions in these American communities.