You are here: Home / Archives for attorney general holder 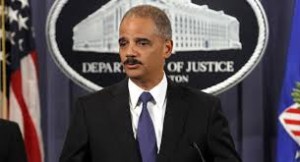 After the investigation into the harshly criticized Ferguson shooting, Attorney General Eric H. Holder Jr. announced that a federal initiative was underway that aimed to study racial bias and form a bridge of trust between law enforcement agencies and their communities. As Holder mentioned, there are ever-growing divisions between police officers and residents and this topic has become one of … END_OF_DOCUMENT_TOKEN_TO_BE_REPLACED