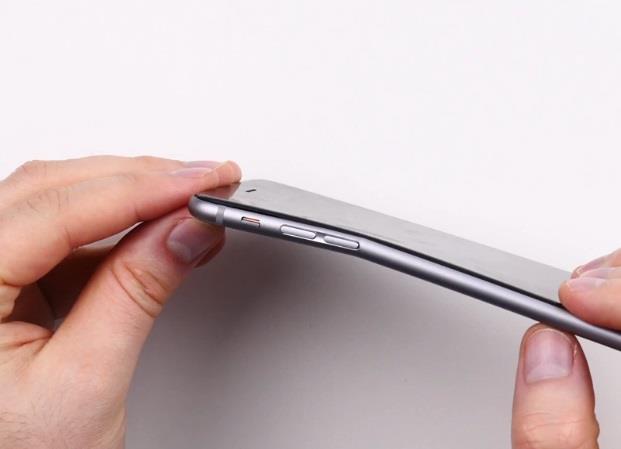 If you browse the Internet on a regular basis, you might have come across some jokes and tests related to the iPhone 6 and its bending ‘abilities’. Apparently, the iPhone 6 doesn’t like to maintain its original shape. Many disgruntled customers have reported the fact that their devices are slightly bent because they have been stored in pockets. But just how fragile are the new iPhones? The testing conducted by PC magazine is now complete. According to them, it takes 70 to 90 pounds to bend the new iPhone 6 or iPhone plus.

Consumer Reports also tested the brand-new Apple smart-phone and several other leading Android flagships to determine which of them can withstand the most pressure. It certainly was not the iPhone. All devices were subjected to a “three-point flexural test” during which each smart-phone was positioned like a bridge between two posts. The devices were then pushed down from the center.

According to the study’s results, the Apple iPhone 6 requires less force to bend than its counterpart, the iPhone 6 plus. However, the iPhone 6 Plus lasted longer than what Apple claims the new iPhones can tolerate. After you apply 70 pounds of weight to a normal iPhone 6 it begins to change form, and it will start to look different than normal, but if you do this to the iPhone 6, it will maintain its form slightly longer: it only begins to deform when you apply 90 pounds of weight in its center.

In other words, the new iPhone can handle at least 25 kilograms of weight (55 pounds) in similar three-point flexural test situations. Interestingly enough, Apple declared that its phones can withstand more pressure than that, but it did not say exactly how much.

After having tortured the iPhones, the team from the “torture lab” decided to experiment with other phones. The iPhone deformation weight was equal to that of the HTC One M8, but it was a lot lower than the iPhone 5 (130 pounds). The LG G3 equaled the iPhone 6 in terms of pounds (both at 130 pounds). Of course, the sturdiest of phones was the Samsung Galaxy Note 3, which can withstand 150 pound until it separates from its case.

“Two days ago, the internet erupted with photos of bent iPhone 6s, and a very-viral video of a guy creasing an iPhone 6 Plus with his bare hands… Our tests show that both iPhones seem tougher than the Internet fracas implies.” – Consumer Reports