You are here: Home / National News / 5 People and a Dog Killed in Plane Crash near Denver 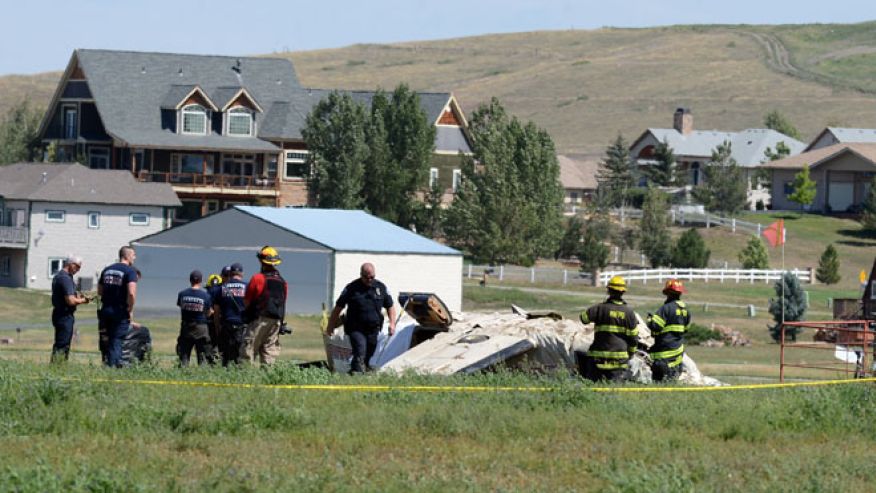 According to the National Transportation Safety Board (NTSB) spokesman, a total of five people were killed after a small plane crashed on Sunday near an airport in the north of Denver. A driver passing by the airport at 11:50 a.m. reported the crash.

Three of the five people riding the Piper PA-46 died inside the plane wreck, while two others died while they were being treated in hospitals. The passengers were confirmed dead at 4:30 in the afternoon. The airplane crashed near the Erie Municipal Airport at about 11:50 a.m. Sunday.

Moreover Erie Police Cmdr. Lee Mathis said the six-passenger plane crashed a few hundred yards northwest of the runway, but he did not know if it was landing or taking off.

Jan Culver told the newspaper she was with a friend in a pasture near the airport when she barely heard the plane, but saw it flying “really, really low.”Culver, a member of the Boulder County Reserve Corps, drove across the field to where the plane was.

“We heard it sputtering,” she said. “Then there was no sound. We knew it was a crash.” She saw a small cloud of dust as the plane crashed and, because she has some medical knowledge, went to the scene to help, Culver said. “It was a plane upside down with some folks already out of the plane,” she said. “I could tell there were some bad injuries.” A photo of the crash site posted on the Boulder Daily Camera’s website showed the mangled wreckage of the plane, which crashed into a grassy field. The NTSB is investigating the crash.

A dog reportedly also died in the crash. The plane was registered to The Real Estate School LLC, and lawyer Oliver Frascona owned it.

The FAA and NTSB are launching an investigation into the crash. During that time, parts of the Coal Creek Trail will remain closed, according to a news release from the town of Erie.

NTSB records contain three similar incidents in the airport within the past two years. However, no fatalities were recorded in the previous plane crashes.

The last death reported on the site was in May 2011 when a 64-year-old plane seller, Christian Hansen, crashed upon takeoff after suffering from cardiac arrest during his attempted ascent.

The identities of the five victims haven’t yet been released.