On Saturday, the U.S. launched new airstrikes directed at the Islamic State in order to retake the country’s largest dam that is currently under their control near Irbil.

The IS captured the Dam at Mosul last month during its swift and deadly attacks across the northern part of the country.

This new series of U.S. –led airstrikes had a mix of American fighter aircrafts and remotely-piloted planes attempt different maneuvers in order to protect American and Iraqi personnel and facilities. They executed nine strikes as part of their newest mission. 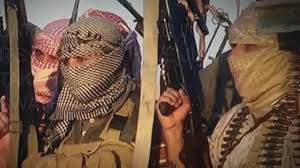 Officials reported that during these airstrikes, US aircrafts has intercepted and either destroyed or damaged seven armed vehicles, four armored personnel carriers, two Humvees and an armored vehicle.

Senior U.S. officials explained that the decision of executing these airstrikes came after the Iraqi government had requested that the U.S. aid them in the protection of their critical infrastructure. The Iraqi government now has reason to believe that Islamic State forces no longer have the ability of maintaining the dam.

If Iraqi and U.S. forces were to drive Islamic State forces away from the dam, it could allow Iraqi forces to return to their positions and keep the dam from falling (which would have dire consequences, including the flooding of the U.S. Embassy, Baghdad and Mosul).

U.S. defense officials as well as eyewitnesses reported that more than 80 Yazidi men were murdered and their wives and children abducted by Islamic State militants. Surveillance drones evidence also supports the claims. The U.S. military managed to strike several militant targets, killing some of the fighters that were involved in the Yazidi massacre.

Prior to Friday, Islamic State militants had already killed at least 500 Yazidis in their attacks throughout Iraq. According to sources, the Yazidi victims refused to IS demands that they convert to Islam.

According to Hoshiyar Zebari, senior Kurdish officials, as soon as IS militants arrived in their vehicles, they also began killing. He believes that this behavior is explained by their immutable creed: either convert or be killed.

Iraqi and Yazidi leaders have reported that after the brutal attacks in which women and children were taken as slaves, men were not only killed but also buried alive.

The Yazidi community is viewed as “devil worshipers” by the Islamic State. Militants expect them to convert to Islam under the threat of death. These militants forced tens of thousands of Yazidis and Christian to flee to mount Sinjar, an ancient home of the Yazidis.