You are here: Home / Tech & Science / MSN Messenger Comes to an End in October

MSN Messenger was for many years the rival of chat program Skype, and was launched in 1999. After Microsoft made the big move of purchasing Skype in 2013, MSN messenger was switched off in the majority of the world’s countries in 2013. 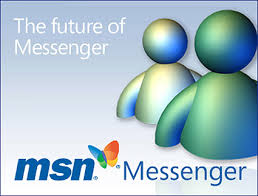 Only Chinese users preferred to continue to use the service they had become accustomed to for so long, but even they will have to get used to the features of Skype as they will not be automatically transtfered to the other chat program on the 31st of October.

MSN Messenger arrived in China back in 2005 where it had to face off stiff competition from local rivals such as Chinese firm Tencent’s QQ messenger. Slowly, MSN messenger gained ground and Chinese users not only became accustomed to it but remained faithful users up till now.

Initially, MSN Messenger started out as a banal text chat service in 1999, when it rivaled AOL’s AIM service as well as ICQ. It was only later that MSN began adding other features such as photo and data delivery, video calling and other possibilities as technology advanced.

When Microsoft decided to buy Skype for $8.5 billion, faithful users could foresee the end of messaging service that had touched the lives of millions of teenagers who started out in a world without social networking.

Many users spoke highly of MSN, explaining that it had heralded the era in which chatting up classmates didn’t involve the terrifying prospect of actually having to say something to them or ringing up a crush and fearing their father would pick up.