You are here: Home / National News / Kurdish Forces Are Fighting to Take Back Their Key Towns

Iraq’s Kurdish security forces continue their battles across the country with insurgent groups to retake their key towns. Earlier this Sunday, Kurdish troops carried out an offensive that helped them gain control of Iraq’s largest dam in the Nineveh province as well as a few key Christian towns. 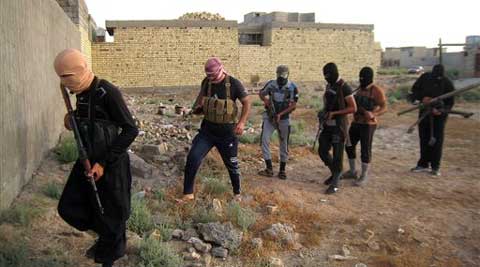 The objective of Peshmerga Kurdish forces was to recapture the Mosul Dam on the Tigris River (it can be found roughly 70km north of the Nineveh provincial capital city – Mosul). Mosul was seized earlier this week by Islamic State militants.

Kurdish forces were backed by Iraqi aircrafts. Together they retook control of Tal-Asquf and Batnayah, two of the most important Christian towns, just north of Mosul. Both cities are located approximately 400 kilometers north of Baghdad, the Iraqi capital. The plan was to take advantage of airstrikes organized by the United States against the Islamic state force in the area. Under condition of anonymity, a Kurdish security source stated that their troops are clashing with insurgent militants. So far, they have managed to seize the eastern part of the dam.

Only one day before, U.S. military forces declared in a statement released by the U.S. Central Commander that remotely piloted aircrafts and fighter jets will strike near Mosul Dam and Arbil. Until now, 9 airstrikes ended with the destruction or damage of four armored personnel carriers, two Humvees, and eight armored vehicles.

Until now 29 bodies of Islamic militants were declared at the morgue in Mosul’s main hospital. They seem to have been killed by U.S. aistrikes. An addition 22 people were admitted to hospitals of injuries sustained in airstrikes.

In the past few weeks Islamic State militants attempted to capture the town of Duluiay, but they were unsuccessful thus far. Al-Jubour tribal fighters have successfully repelled all the attacks. An army patrol was damaged by a roadside bomb struck, somewhere 120km north of Baghdad. Reports say that a policeman was killed and 3 others were injured.

Meanwhile, in Diyala, a booby-trapped house detonated while a group of Shiite militiamen were still inside. two were killed and another was critically wounded.

The Shiite militia, also known as the League of Righteous (of Asa’b Ahl al-Haq) is believed to be a splintered group from the radical cleric Muqtada al-Sadr’s Mahdi Army. The Shiite were part of the Special Groups (who were trained and funded by Iran’s Quds Force).

Jalawlaa is another city that has seen its fair share of brutal clashes between Peshmerg Kurdish forces and Islamic State soldiers (they captured the town several days ago).

There were severe security problem in Iraq during June 10. Back then, bloody clashes broke out between Iraqi and Sunni special forces. The Sunni militants took over the country’s northern city (Mosul) as well as several swathes of territories.