You are here: Home / Tech & Science / Acer Chromebook 13 out to Tempt Buyers

On Monday, Acer announced that it will be releasing its Chromebook 13, the family of laptops with excellent technology, that will surely be appreciated by buyers who are watchful of both budget and laptop performance. The Chromebook 13 belongs to the first laptops to incorporate Tegra K1 processors. Additionally, they are also the first 13.3 inch laptops that Acer has been developing.

Buyers have a lot to decide, especially since the Chromebook 13 comes in three different price point options designed to satisfy even the pickiest of laptop enthusiasts. 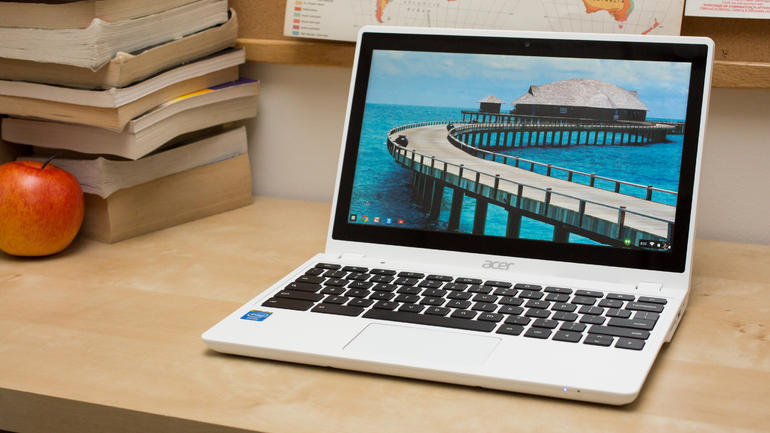 For instance, there are two different screen resolution options for the Chromebook 13. Base model displays include the 1366 x 768 pixel resolution, while top-end models have a much better display with a 1920 x 1080 full HD resolution. Acer’s ComfyView signature anti-glare coating is included in both versions so that light reflection is reduced to a minimum. Additionally, Acer claims that the models provide excellent contrast and a wide range of colors.

The Chromebook 13 comes in White as the sole color option that is available.

Another key aspect of the Chromebook 13 is its Nvidia Tegra K1-Plus-1 2.1 GHz quad core ARM Cortex A15 CPU and its battery saver that can have your laptop lasting up to 13 hours (11 hours of battery time for the HD models).

Graphics are processed by the Nvidia Kepler architecture-based GPU (the same K1 that is used by Nvidia’s gaming tablet), and according to Acer, it is more than capable of running a Chromebook.

Because Acer decided to go with a fanless design, dimensions are kept in check and noise is also kept to a minimum. Consequently, the Chromebook 13 is 0.71 inches thick and only weighs 3.31 pounds. While this weight doesn’t make it the lightest laptop on the market, it’s clear that Acer has produced something that isn’t heavyweight. It also incorporates a full-sized keyboard to ensure comfortable typing, three USB 3.0 ports, a 802.11ac WiFi, a HDMI port, and SD Card slot, 720p HD video camera, a microphone and stereo speakers.

Entry level Chromebooks are priced at around $280 while the top end models can reach $380.