You are here: Home / National News / Gaza Power Plant Knocked out By Israel 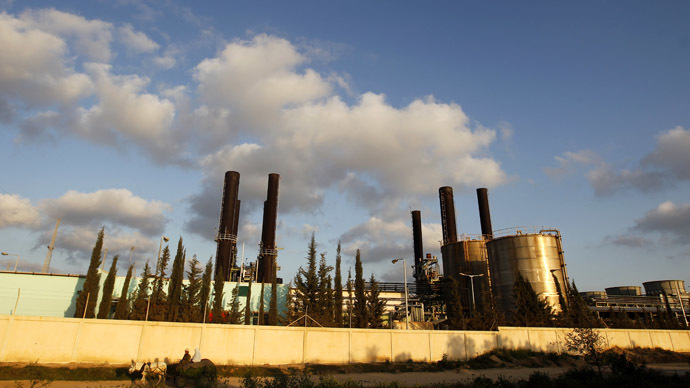 Tuesday marked one of the heaviest bombardments that Palestine has seen since the conflict began three weeks ago. Israel began an air, sea and land strike on Tuesday that targeted dozens of high-profile targets, the Hamas political leader as well as the only Gazan power plant. During this heavy bombardment that was the bloodiest offensive in response to rocket fire shot by the Hamas, 79 Palestinians lost their lives.

This Israeli attack followed a warning that was issued for civilians residing in the areas surrounding Gaza city after the attacks on Monday that resulted in the deaths of 10 Israeli soldiers.

The power plant that was destroyed in the bombardment supplied two thirds of Gaza’s energy needs and lies now in ruins, the only thing rising from the fuel tanks being thick black smoke. Initial damage assessments have energy experts believing that the power plant could be out of order for more than a year.

This attack has led to electricity interruptions not just in the city of Gaza but also in many Hamas-dominated territories. Now, Gazans face months without electricity after they only had a few hours electricity a day since the beginning of the conflict. The power plant director, Mohammed al-Sharif stated that the power plant was finished.

Israeli military spokespeople, on the other hand, failed to provide immediate comments and said that reports must be first checked.

Following the attack on Tuesday, Gaza City municipality has urged citizens to ration their water supplies as the damage to the station might result in water pump malfunctions.

There is significant pressure on Netanyahu as both the U.N. Security Council and U.S. President Barack Obama have urged both sides for a ceasefire so that the 1.8 million Palestinians living in Gaza could find some moments of relief. Consequently, the world’s leaders desire that negotiations take place to ensure a more durable way of ending the hostilities.

The West Bank-based Palestinian leadership, who claimed to also be speaking for the Islamic Jihad and Hamas, expressed their desire for a temporary ceasefire on Tuesday. Hamas spokesman, however, Sami Abu Zuhri, affirmed that this was not Hamas’s position.

In the hours following Israel’s evacuation warnings, more than 180,000 Palestinians sought shelter in schools and buildings of the main U.N. agency in Gaza (UNRWA) or were taken in by friends and family.

Ismail Haniyeh, Hamas Gaza leader, declared on a Hamas website that his home was in no way more special than any other Palestinian house and that Israel’s offensive would not hinder the Hamas from continuing their resistance.