You are here: Home / Archives for hamas resistance 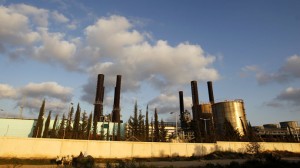 Tuesday marked one of the heaviest bombardments that Palestine has seen since the conflict began three weeks ago. Israel began an air, sea and land strike on Tuesday that targeted dozens of high-profile targets, the Hamas political leader as well as the only Gazan power plant. During this heavy bombardment that was the bloodiest offensive in response to rocket fire shot by the Hamas, 79 … END_OF_DOCUMENT_TOKEN_TO_BE_REPLACED