SpaceX once more delayed the scheduled launch of its Falcon 9 rocket with six Orbcomm telecommunication satellites aboard on Saturday and stirred up some grumbling in the process.

The privately owned company had rescheduled launch for Saturday after encountering a technical problem minutes before a launch attempt on Friday from Cape Canaveral Air Force Station in Florida. The rocket carries six small satellites for Orbcomm Inc., a provider of machine-to-machine data and messaging services worldwide. 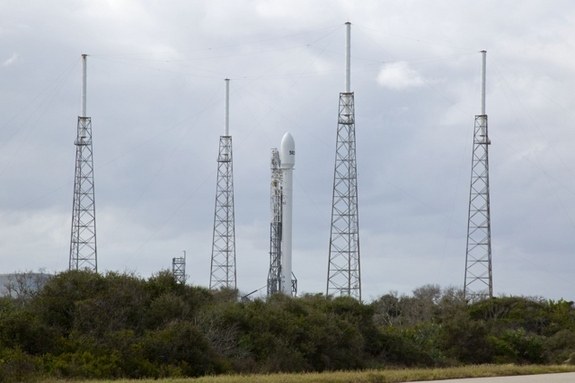 “Today’s Orbcomm launch attempt has been scrubbed due to weather. Currently reviewing next available launch opportunities,” SpaceX wrote on its website. SpaceX had 53 minutes to launch the rocket, beginning at 5:46 p.m. EDT/2146 GMT, to put the Orbcomm satellites into their designated orbits some 500 miles (800 km) above Earth and inclined 47 degrees relative to the equator. The launch on Friday was called off after engineers detected unexpected pressure readings in the rocket’s second stage engine. SpaceX provided no additional details of the problem.

For Saturday’s launch attempt, the California-based company, owned and operated by technology entrepreneur Elon Musk canceled its webcast and provided no commentary about the launch countdown, a public service offered even for classified Department of Defense satellite launches.

But what seemed to really annoy its many fans was the company’s decision to not webcast the proceedings from the Cape Canaveral Air Force Station in Florida.

Although some of the Twitterati expressed anger over the decision, I actually see it as a step in the right direction. Perhaps if Elon Musk can give some of his employees a Saturday off, he will no longer schedule launches on national holidays like it did last Thanksgiving. There are a few days of the year that should be set aside for family and friends.

“For the first time since the end of the Cold War, a space launch from Cape Canaveral will not be broadcast to the press and the public,” Spaceflightnow.com, which provides live launch coverage, wrote on its website.

There has been no immediate word on when the launch will be rescheduled.